Down four starters, the Patriots offensive line stepped up in a major way Sunday. In some respects, the patchwork line was the top story from New England’s dramatic victory over the Houston Texans.

David Andrews, the lone regular starter who played Sunday, delivered a speech to his fellow linemen before kickoff. The official Patriots Twitter account shared a video of his speech shortly after New England finished off its Week 5 victory.

“I’ve been fortunate to be around this game for 23 years of my life,” Andrews said. “And, by God, I’m blessed to be out here every Sunday — so are we. Let me tell you something else: Success is where preparation meets opportunity.

Whether Isaiah Wynn, Mike Onwenu, Shaq Mason or Trent Brown will return for Sunday’s game against the Dallas Cowboys remains to be seen. Bill Belichick on Sunday indicated Onwenu, who last week was placed on the COVID-19 reserve list, nearly was cleared to play against Houston.

Wynn also is on the COVID list, while Mason and Brown are dealing with an abdomen injury and calf ailment, respectively. 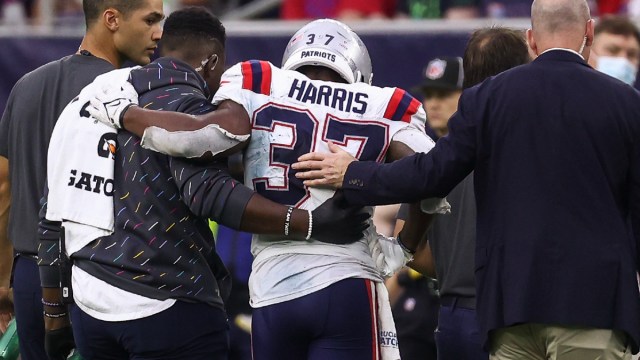