FOXBORO, Mass. — The New York Jets left Gillette Stadium with an ugly loss, as well as an injured starting quarterback in Zach Wilson.

The Jets’ rookie signal-caller was hurt during the second quarter of New York’s 54-13 loss to the New England Patriots on Sunday. He got hit as he threw an eventual incomplete pass, with Pats linebacker Matthew Judon landing on him.

“I threw the ball and I think my toe kind of just got stuck in the ground and Judon just kind of fell on it with all of his weight and that kind of twisted it,” Wilson said after the game. “Felt a pop there and it just was — obviously thinking of the worst-case scenario in my head, which sucks, but just making sure it’s going to be alright hopefully. Just get it checked out. It’s obviously frustrating; injuries are part of the game of football so just dealing with them as we can and be able to come back.”

Wilson was only labeled “questionable” to return with a knee injury, but he never came back out. And while nothing is clear until the results of the MRI come back, NFL Media’s Ian Rapoport indicated the worry is that it’s a PCL injury.

“That’s what we’ve heard so far,” Wilson said. “That’s what I think would probably be the best-case scenario. I’m not really sure. I don’t know a lot about the PCL. Obviously, the pain really isn’t there. It just kind of feels like something’s a little off as far as just being loose or unstable a little bit. So, just making sure we get the MRI to clear up things.”

Wilson didn’t think the hit ultimately was malicious, but it’s one that could force him to miss some time. That he was only labeled as “questionable” to return is a sign that it probably isn’t season-ending, but until the results come back, it’s tough to know for certain. He had a visible limp as he made his way to the podium after the game.

“I just sat in there asking him, ‘Can I go back in?,’ or ‘What can I do?’ ” Wilson said. “Once they said the best thing to do is probably obviously not to play and to make sure we find out what’s wrong first, I just kind of sat in there on my phone and watched the game on my phone and just tried to see everything that was going on. Obviously I wanted the best for those guys, to come out there and get it done. We’re going to keep getting better. It’s a big process for us.”

New York is a puddle right now, and that was with Wilson under center. While you have to give credit to backup Mike White, who finished 20 of 32 for 202 yards with one touchdown and two interceptions, things presumably will continue to get worse with him under center. 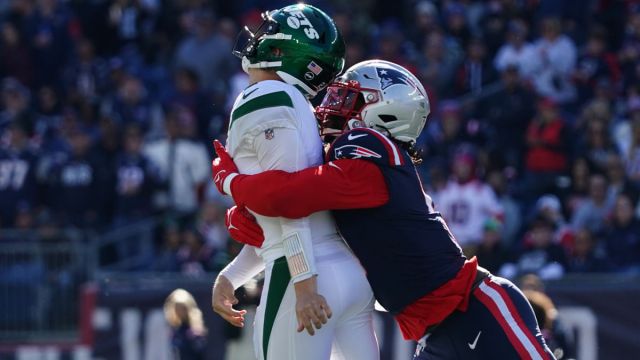 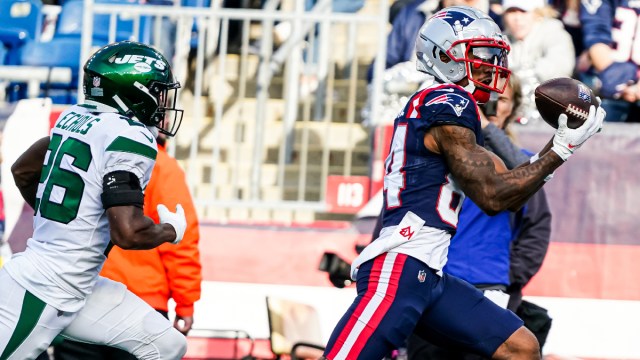