FOXBORO, Mass. — Zach Wilson doesn’t hold any ill will toward Matthew Judon (publicly, anyway) for knocking him out of Sunday’s game at Gillette Stadium.

The Jets rookie quarterback suffered a knee injury while attempting a deep pass during the second quarter of New York’s blowout loss to the New England Patriots. Linebacker Matthew Judon tackled Wilson, who fell awkwardly on his right knee.

Wilson walked to the locker room under his own power and later was ruled out for the remainder of the game. The 22-year-old, who suffered a serious left knee injury while at BYU, reportedly is dealing with an injury to his right PCL, but more will be revealed after an MRI.

During his postgame news conference, Wilson, who apparently asked to go back into the game, said he did not feel Judon’s hit was dirty. However, he did indicate that a prior hit might have been somewhat questionable.

“Yeah, I threw the ball and I think my toe kind of just got stuck in the ground and Judon just kind of fell on it with all of his weight and that kind of twisted it,” Wilson said. “Felt a pop there and it just was ? obviously thinking of the worst-case scenario in my head which sucks but just making sure it’s going to be alright hopefully. Just get it checked out. It’s obviously frustrating, injuries are part of the game of football so just dealing with them as we can and be able to come back.

” … I wouldn’t necessarily say that the one I hurt it on was anything bad. I didn’t watch the clip. I didn’t think he had tried to hurt me. I think the first one, just because he went for my knees, I thought it was a little out there. I didn’t understand the situation he had, if he had no other option or whatever it was there. But yeah, I think that injuries are just part of the game.”

The exact severity of Wilson’s injury remains to be seen, though he is expected to miss some time. The second-overall pick in the 2021 NFL Draft said that, while his knee doesn’t hurt, it feels “off” and “loose.”

Obviously, this is of great concern to the Jets, who have a lot invested in Wilson.

New York next Sunday will host the 5-2 Cincinnati Bengals. If Wilson is unable to play in that game, fourth-year quarterback Mike White, who filled in admirably Sunday afternoon, likely would start under center for the Jets. 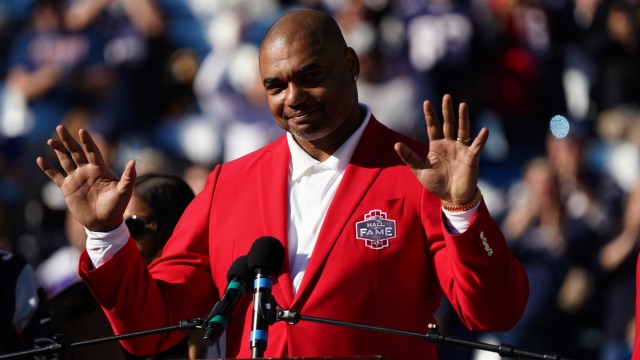 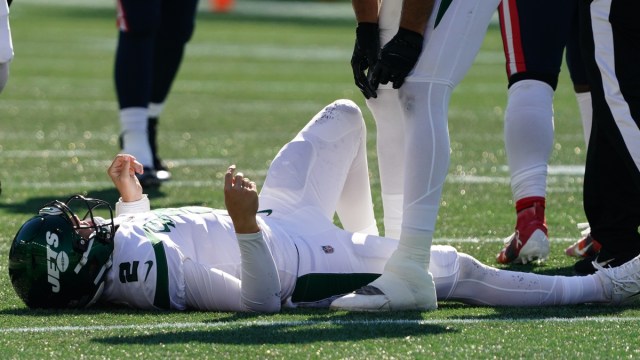