The Patriots double-dipped at tight end over the offseason in hopes of bolstering a position group that plagued New England the past few seasons.

But only one of those marquee free-agent signings has panned out for Bill Belichick and Co. thus far.

After a slow start, Hunter Henry has been a monster for the current AFC East leaders. He only has two less receiving touchdowns than the rest of the team combined and ranks third among New England pass-catchers in receptions.

Fellow first-year Patriot Jonnu Smith also suffered a slow start, but he’s yet to turn things around. Through 10 games this season, Smith only has accounted for 22 catches for 210 yards and one touchdown.

“The tight end position, obviously here and everywhere, is unique because you’re involved in so many different things — run-blocking, pass receiving, pass protection, alerts, motion,” McDaniels told reporters, as transcribed by ESPN. “There’s a lot of different things you have to do well. Jonnu’s tried really hard to do all the things we’ve asked him to do. I always think the first year that we have an opportunity to have a free agent in our system is kind of a foundational year.

“They might have heard NFL vernacular and been around NFL football, but sitting in Bill’s squad meetings, listening to what we do on a weekly basis, fitting into how we change the offense from one week to the next to try to attack the defense’s weaknesses or protect our weaknesses; I don’t know how much of those things happen at other places. … But no question he adds an element of unique ability and he’s been a good addition, a great teammate.”

Week 12 would be a pretty fitting time for Smith to have his breakout game with the Patriots. New England on Sunday will host the Tennessee Titans, with whom Smith spent the first four seasons of his NFL career. 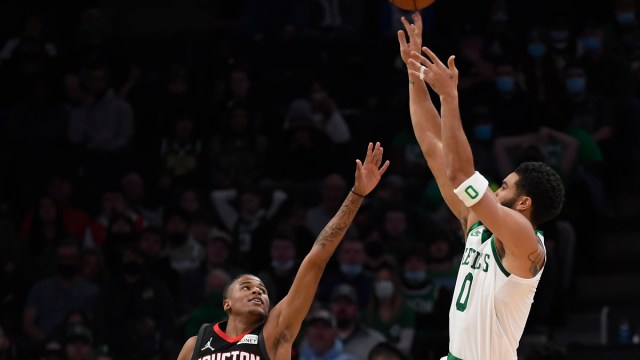