New England Patriots quarterback Mac Jones put together a solid performance from a statistics perspective Sunday in a rout of the previously top-seeded Tennessee Titans.

Jones threw for a season-high in yards, shredded the Titans with play-action passes and also led the league with six completions of 20 or more yards. Of course, it wasn’t a perfect day for the rookie first-rounder — he was New England’s lowest-graded player by Pro Football Focus — as he did miss at least a pair of throws that hindered the Patriots in the red zone.

Still, the eye test told us it was another step in the right direction.

And it also caused ESPN analyst Ryan Clark to make a declarative statement Monday morning during “Get Up!” with host Mike Greenberg.

“Mac Jones is going to be the Rookie of the Year,” Clark said while gaining approval from fellow analyst Dan Orlovsky. “And many times when we see these quarterbacks that are Rookie of the Year — you look at Justin Herbert, it was all about talent. Cam Newton, when he won it, it was all about talent. And we always go, ‘When he gets some of these things, he might he might be the MVP of the league.’

“Mac Jones has all of the ‘some of these things,’ ” Clark continued. “The anticipation, the intelligence, the understanding of defenses, how to execute, how to attack it. And the New England Patriots use that to the best of their ability, and that’s why they’re successful offensively.”

Of note, Jones has continued to climb up the betting boards pertaining to the year-end award. The No. 15 overall pick now is -300 to win Offensive Rookie of the Year (a $300 bet would win $100) with Cincinnati Bengals wideout Ja’Marr Chase beginning to fade at +225, according to DraftKings Sportsbook.

Clark has been high on the Patriots dating back to the early performances at the start of their current six-game win streak.

Jones, who was the fifth quarterback selected in the 2021 NFL Draft, has received almost universal praise both after his Week 12 performance, and prior. NBC Sports’ Peter King wrote Monday morning how Jones has showed that no game is “too good for him.”

Jones and the Patriots now have arguably their most impactful game during the Week 13 edition of “Monday Night Football” against the Buffalo Bills. 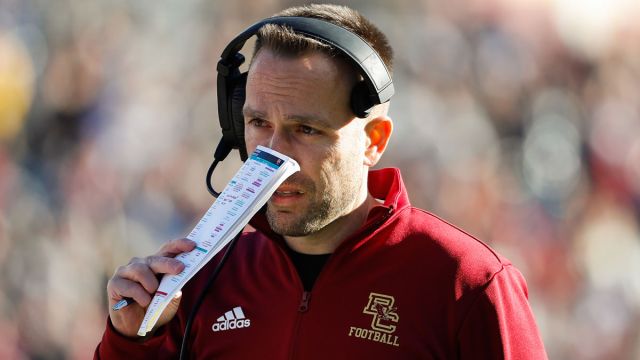 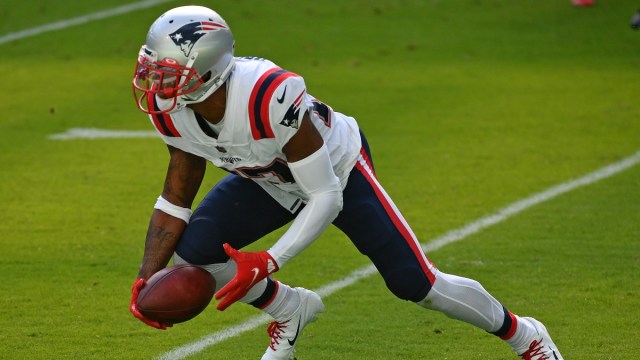 Patriots’ J.C. Jackson Will Tie This NFL Record On Next Interception