Had he not received such a lucrative offer from the Carolina Panthers, Robby Anderson might be suiting up for the New England Patriots this weekend.

Ahead of Sunday’s Patriots-Panthers matchup, Anderson said New England — and, specifically, head coach Bill Belichick — attempted to sign him when he hit free agency in March 2020.

“When I played them, from what I can remember, (Belichick) usually would put man coverage (with) a safety over the top and scheme me, do things like that,” the former New York Jets wide receiver told reporters Wednesday. “Kind of take me out of the picture. He even told me that, too. Last year when I was in free agency, he tried to get me to sign. He was like, ‘I’m tired of scheming against you. I’m tired of going against you.'”

Anderson said he “of course” considered signing with the Patriots but ultimately chose the Panthers, calling it a “business decision.” He signed a two-year, $20 million contract with Carolina — more than New England typically pays its wideouts.

The Patriots settled for a much cheaper option in Damiere Byrd (one year, $1.6 million) and, after losing Julian Edelman to an early-season injury, fielded arguably the NFL’s weakest receiving corps last season.

But those Belichick schemes Anderson mentioned? They almost always worked.

Here were the stat lines the 28-year-old wideout posted against the Patriots over his four seasons with the Jets:

In most of those games, Anderson had to contend with star cornerback Stephon Gilmore, who silenced him at every turn (and regularly bashed the rail-thin wideout for his lack of physicality). The two now are teammates in Carolina, and Anderson is coming off a career year, going for 95 catches and 1,096 yards in his first Panthers season.

Anderson’s stock has crashed hard this season, however. Eight games in, he has just 18 catches on 50 targets for 204 yards and two touchdowns, with a 36% catch rate that ranks second-to-last among 202 qualified pass-catchers. He’s Carolina’s distant No. 2 wideout behind D.J. Moore, who ranks tied for fifth in the NFL in receptions (50) and seventh in receiving yards (645).

Though he’s 0-8 against the Patriots in his career, Anderson said he knows the formula for beating Belichick’s club.

“I look at their team like I’m going against Bill Belichick and Tom Brady,” he told reporters. “Tom’s not there, obviously, but I know how they’re going to come regardless of who is on that team. I know the type of system that Bill Belichick is running with that defense and the tenacity and the style of play and the things they do.

“I know it’s going to be a war, and I know the key to beating the Patriots is playing fundamentally sound football. I’ve seen it since my rookie year (with) the Jets — if you give them a turnover or the team turns over the ball, that’s what makes the difference in that game. It’s just doing all the little things correctly against them.”

The Patriots and Panthers both sit at 4-4 entering this week’s clash at Bank of America Stadium. 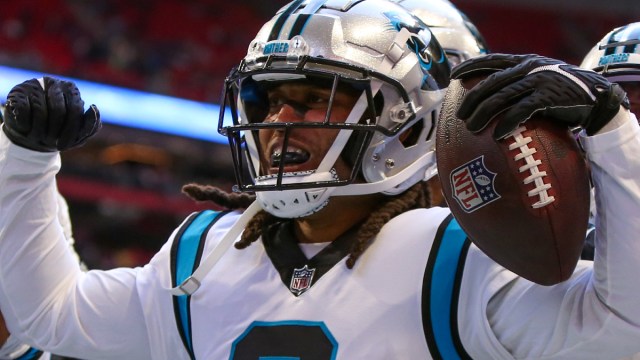 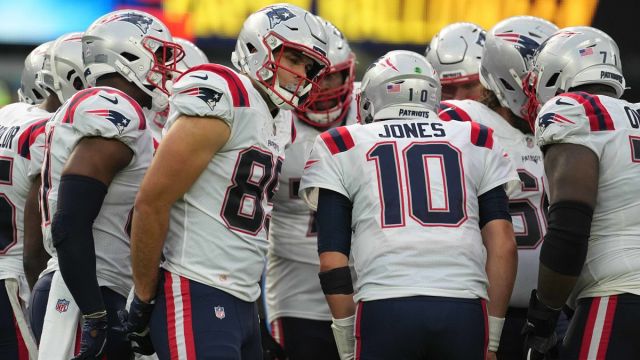