Goodbye, 2021: Here Are Five Predictions For Patriots In New Year Skip to content

It’s been a weird year for the Patriots, to say the least.

New England, with Cam Newton at quarterback, began 2021 with a Jan. 3 home victory over the New York Jets in its season finale. In their previous 11 campaigns, the Patriots immediately began preparing for the playoffs upon wrapping up their regular season schedule.

But the 2020 Patriots finished 7-9 and missed the postseason for the first time since 2008. The post-Tom Brady era was not off to a good start.

However, much has changed over the last 12 months. New England in April used the 15th pick in the 2021 NFL Draft to select Mac Jones who, despite recent struggles, looks like a franchise quarterback. The Patriots now are 9-6 and on the cusp of returning to the NFL playoffs.

Along the way, they spent a bunch of money, released Newton, dealt with yet another book filled with juicy reporting and, you know, managed around COVID-19 like the rest of us.

With a new year upon us, we figured it would be a good idea to come up with five Patriots predictions. So, let’s get into it.

They’ll win a playoff game
New England still hasn’t officially clinched a playoff spot, but it looks like a foregone conclusion that the Patriots will be back in the postseason. And they probably will be on the road in the wild card round, unless the Buffalo Bills face-plant over the next two weeks. Expecting a rookie quarterback to win a road playoff game is a big ask, but we think Jones and the Patriots are up to challenge — depending on the matchup.

They’d have a good shot at beating teams such as the Cincinnati Bengals, Indianapolis Colts and even the Kansas City Chiefs. Cincy is unproven, Indy isn’t that good and the Patriots always defend well against Patrick Mahomes and the Chiefs. However, a rematch in Buffalo would be tough, as would a road game against the Tennessee Titans if Derrick Henry is in the lineup. Regardless, we feel confident in picking New England to advance to the divisional round.

They’ll draft a corner in the first round
With Stephon Gilmore out of the picture, J.C. Jackson now is the top corner in Foxboro. And he’s really good, having just earned his first Pro Bowl roster spot. But Jackson will be a free agent this offseason and might demand more money than Belichick is willing to spend. If the Patriots place the franchise tag on Jackson, that at least indicates they’re iffy on committing long-term to him.

Unless New England swings a trade or finds a corner on the free agent market, it probably will use a high draft pick on one. We’re betting it’s a first-rounder.

Josh McDaniels won’t go anywhere
The offensive coordinator again is generating head coaching buzz, but will it lead anywhere? It doesn’t look like he and the Jacksonville Jaguars are interested in each other. The New York Giants apparently are bringing Joe Judge back, for some reason. The Chicago Bears and Las Vegas Raiders both likely will be looking for new head coaches this offseason, but McDaniels thus far hasn’t been connected to either franchise.

Plus, more and more in-the-know reporters are indicating McDaniels is content with staying in New England.

A major player (Damien Harris?) will get traded
Obviously, this is pure speculation. N’Keal Harry, who requested a trade last summer, seems like an obvious candidate for a trade after the season. But we’re thinking bigger. That could be anyone other than Jones, including Harris, one of the best young running backs in football. Why? Because he’s somewhat injury-prone and it’s hard to envision the Patriots committing big money to him before he hits free agency in 2023 — not when they have Rhamondre Stevenson ready for a lead-back role. Plus, signing running backs to big contracts isn’t good business in the NFL, and the Patriots know that.

One way or another, we believe New England will surprise fans with a big trade sometime over the next 12 months.

Jones will make the Pro Bowl
It won’t be easy, as Jones isn’t ready to join the likes of Mahomes, Josh Allen, Lamar Jackson, Joe Burrow and Justin Herbert in the upper-echelon of AFC quarterbacks. But the Alabama product is really good and only should improve in 2022. If the Patriots improve his supporting cast (slot receiver, anyone?) Jones could put up far bigger numbers in his sophomore season than he did in his rookie campaign.

If Jones ascends next year, all it could take is an injury and/or disappointing performances from other quarterbacks for him to flirt with a Pro Bowl nod. 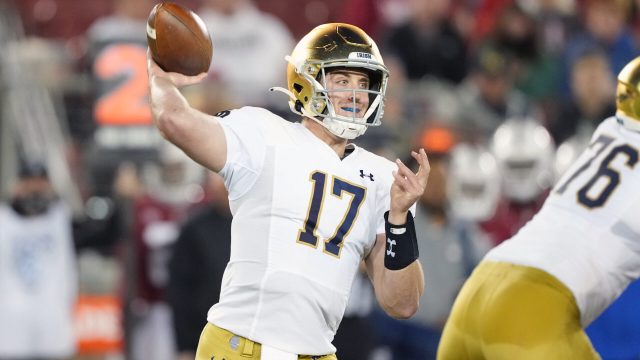 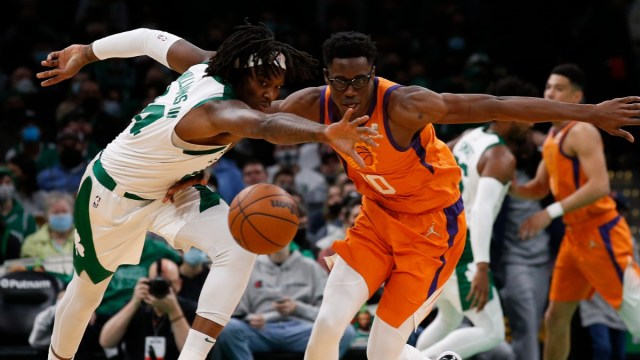