Brad Stevens Admits Some Celtics Players 'Off-Limits' In Trade Talks, But Why? Skip to content

One question worth asking when it comes to the Celtics: How long is Boston willing to let this go on?

Despite some recent success, the Celtics largely remain trapped in a malaise that’s going on a year and a half now, their frustrating home loss to the Charlotte Hornets on Wednesday night the latest setback.

Boston remains a borderline playoff team, and no one really expects the C’s to make any sort of noise if they do reach the postseason. The NBA trade deadline is three weeks away. Is it time for Brad Stevens to consider something seismic to legitimately change the course for this team before things get even worse?

Choosing that option, and doing so in a truly meaningful way, would mean parting with at least one of the team’s supposed superstar players, something Stevens doesn’t sound willing to do.

“Yeah, of course (there are players off-limits in trade talks),” Stevens said Thursday in an interview with “Toucher and Rich” on 98.5 The Sports Hub.

“You always have to evaluate your roster, you have to evaluate other people’s rosters. Every phone call is like, ‘Who do you like? OK, is there a potential deal there? Is there something that doesn’t make any sense? No, we’re not entertaining any of those ideas.’ Yes, you have those (conversations) all the time. Other people say that, too.”

It’s not an entirely surprising line of thinking for a couple of reasons. The first, and most obvious, is that it’s just bad practice for Stevens to openly list the players who he is willing to trade. That’s a surefire way to erase any and all leverage. But it also sounds like Stevens believes the Celtics are better than they’ve showed so far.

“We have a team right now that, if you did it by the numbers and point differential, we should be better than 23-23,” he said. “That said, I think we have to improve to get into the mix.”

That’s kind of the problem, though. There’s no denying the Celtics have front-end talent, with players like Jayson Tatum and Jaylen Brown (or Marcus Smart, if you ask Marcus Smart). Teams with two legitimate stars atop the roster shouldn’t be flirting with .500 and on the cusp of missing the playoffs. A 46-game sample size is more than half of a season, too, so it’s not like it’s just a matter of, “Well, the shots just aren’t falling.”

And this has been the issue dating back to the bubble. It’s what led the Celtics to move Stevens upstairs and bring in Ime Udoka. Those changes have been made, and the same issues persist. At some point, it comes down to making painful decisions about the roster, and that typically means no one is “off-limits.”

Of course, it’s possible Stevens is saying one thing publicly and singing a different tune behind the scenes. Longtime NBA insider David Aldridge mentioned the Celtics as one of a few teams that could be looking at a shake-up sooner than later.

“But I think Boston’s even more likely to shake things up,” Aldridge wrote in a recent piece for The Athletic. “The C’s have been markedly better this month on defense (fifth in defensive rating since Jan. 1) than earlier in the season, but Brad Stevens can’t think he’s got a legit contending roster at present. Not enough consistent shooting (23rd in the league in 3-point percentage; 17th in True Shooting Percentage entering play Tuesday), and precious little up front behind Robert Williams — unless Al Horford’s saving everything up for the stretch run.”

After this week’s three-team trade that opened up some cap space for the Celtics, it’s Horford, coincidentally, who could be next on the block. The Athletic’s Jared Weiss reported the Celtics are considering trading Horford with the hopes of upgrading at the center position. That seems to reinforce Aldridge’s reporting, but shipping out Horford doesn’t really change much in the long run.

Admittedly, it’s a difficult calculation. The best way to jump-start any sort of rebuild is trading someone like Brown or Tatum. Even if Boston committed to doing that, it’s tough to do so without getting pennies on the dollar, and those sorts of deals are best made in the offseason where there isn’t a ticking clock. So this isn’t without hurdles.

But the evidence that this Celtics team is destined to be a mediocre middler gets more difficult to ignore with each passing day. There’s only so much work you can do on the margins. At some point, Stevens and the Celtics might need to expand those limits. 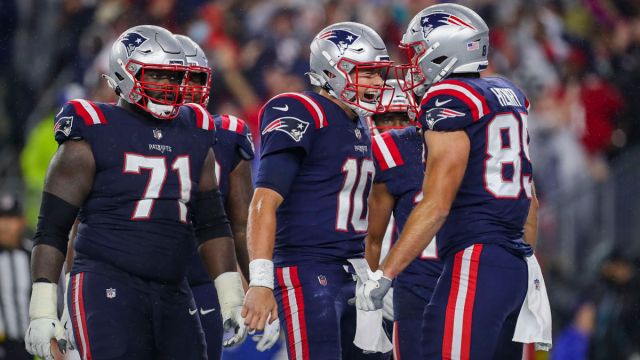 One Thought On Every Patriots Offensive Player After 2021 Season 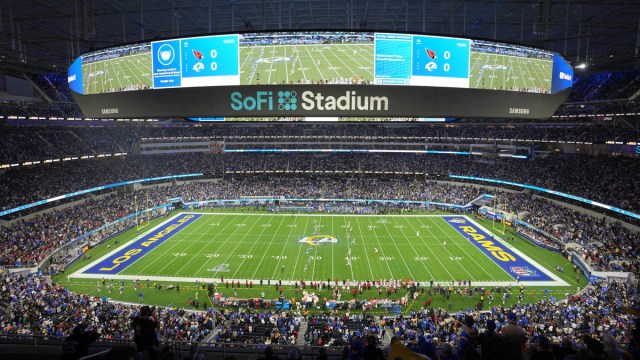