Jimmy Garoppolo sounded completely defeated during his postgame press conference, and while that’s fair because San Francisco was, in fact, defeated by the Los Angeles Rams, for the 49ers quarterback it came when asked about his own situation.

Garoppolo’s future, despite being under contract in San Francisco through the 2022 campaign, is in question after the organization traded up for quarterback Trey Lance in the 2021 NFL Draft. Lance was selected No. 3 overall.

Well, after Sunday’s 20-17 defeat, Garoppolo was asked about his emotions following season-ending loss.

“They hit pretty hard in the locker room. I think these next couple days it will really start to settle in a little bit,” Garoppolo said, per the team. “Emotions are high after a game, win or loss. It’s one of those things you got to be glad it happened, just smile from it and think about the good things.”

Garoppolo referencing how he has to “smile” and “think about the good things,” while very Dr. Seuss-like, sounds like a person who knows his time with an organization is over.

“We’ll see what happens these next days, weeks, whatever. But I love this team,” Garoppolo continued. “The fight and the battle in this team throughout the entire year has been really impressive and I love those guys.”

Garoppolo completed just over 50% of his passes (16-for-30) for 232 yards with two touchdowns. He also threw a game-sealing interception as the 49ers looked to put together a game-tying drive in the final two minutes.

49ers head coach Kyle Shanahan was asked about Garoppolo’s future given the fact Lance is in the picture. Shanahan didn’t exactly share his emotions like Garoppolo.

“I love Jimmy. I’m not going to sit here and make a farewell statement or anything right now. That’s the last stuff that’s on my mind,” Shanahan said, per the team. “But Jimmy has battled his (expletive) off. He battled today. He did some unbelievable things today. And I love coaching Jimmy.”

It’ll certainly be an interesting offseason for Garoppolo and the 49ers. 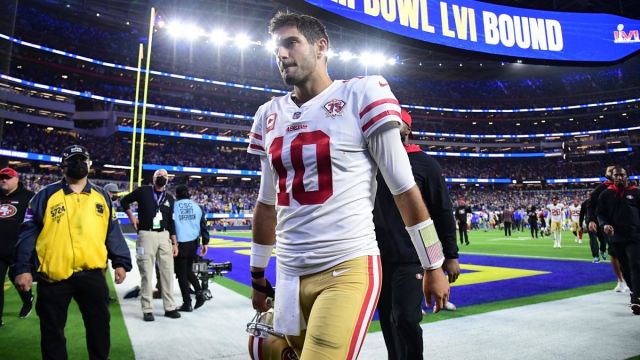 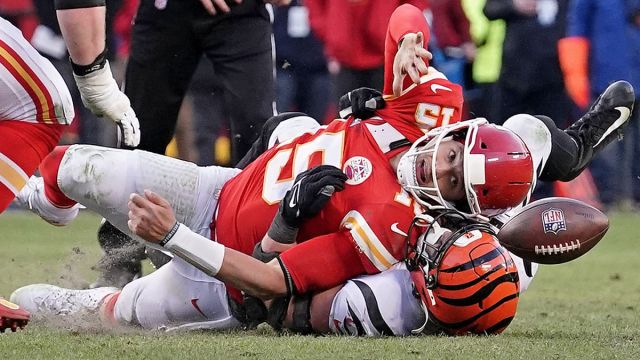