After being canceled last year amid the COVID-19 pandemic, the NFL Scouting Combine makes its triumphant return to Lucas Oil Stadium and the Indianapolis Convention Center this week.

Here’s what New England Patriots fans can expect from the premier event of the pre-draft process:

WHEN DOES IT START?
You won’t see players running 40-yard dashes (or any other on-field drill) until later in the week, but the combine officially kicked off Monday. Coaches and general managers will address the media Tuesday and Wednesday — with one notable holdout, which we’ll get to in a minute — and draft prospects will begin doing so Wednesday, staggered by position.

Then, on Thursday, the drills begin. They’ll run through the weekend, wrapping up with the conerbacks and safeties on Sunday.

In most cases, players will meet with reporters one day before their on-field workout. They’ll field a barrage of questions, including whether they’ve interviewed with a particular team during their time in Indy. While this info is notable, keep in mind that the Patriots meet with hundreds of prospects each year, and that these interviews aren’t always a clear sign of interest.

WHAT ARE THE DRILLS?
During their on-field workout, draft prospects will take part in the 40-yard dash, vertical jump, broad jump, three-cone drill, 20-yard shuttle, 60-yard shuttle and various position-specific drills. Off the field, they’ll be weighed and measured, undergo medical and psychological evaluations, interview with teams and bench-press 225 pounds as many times as possible.

It’s not uncommon for players to sit out one or more of these drills for various reasons, with some rehabbing injuries and others opting to wait for their pro day. And although the runs and jumps draw the most public attention, the medical and interview portions of the combine are more valuable for teams.

Still, a player’s measurables and testing numbers provide a clearer picture of whether he’d be a fit for the Patriots, who traditionally value certain athletic traits at each position. (If a player aces his three-cone, chances are he’ll be linked to New England at some point.)

WHEN DOES BILL BELICHICK SPEAK?
That media availability holdout we mentioned earlier? That’s Belichick. It’s been years since the Patriots head coach — or any New England representative — has held a news conference at the combine, and that streak will continue this week.

With newly promoted director of player personnel Matt Groh also not scheduled to speak, the Patriots are the only team that won’t have a coach, personnel executive or both take questions during combine week.

Belichick has stopped by the NFL Network broadcast booth for brief interviews in the past, however, so perhaps he’ll share a few words on the various questions currently facing the Patriots, which range from their coaching staff overhaul to the J.C. Jackson franchise tag decision to Brian Flores’ decision to include alleged texts from Belichick in his class-action lawsuit against the NFL.

WHO ARE THE POTENTIAL PATRIOTS TARGETS?
We’ll have a better sense of which prospects are good fits for the Patriots once the testing is complete, but here are a handful of players at a few positions of need that we have our eyes on:

A total of 324 players were invited to Indy.

WHAT ELSE GOES ON AT THE COMBINE?
Combine week is the Super Bowl of NFL gossip, with folks from all areas of the industry (coaches, executives, scouts, agents, media members, etc.) spending days and late nights rubbing elbows in downtown Indianapolis.

The groundwork for trades, contract extensions and free agent movement often is laid during those conversations, so expect the rumor mill to begin churning as the week progresses. Remember, it was during the 2020 combine that some of the earliest concrete reports about Tom Brady planning to leave the Patriots began to emerge.

The Patriots don’t have any Brady-level impending free agents this year, but they do have close to 20 players who are set to hit the market, including big-namers like Jackson, Devin McCourty, Trent Brown, Dont’a Hightower, Matthew Slater and James White. Expect to hear updates on at least some of those in the coming days. 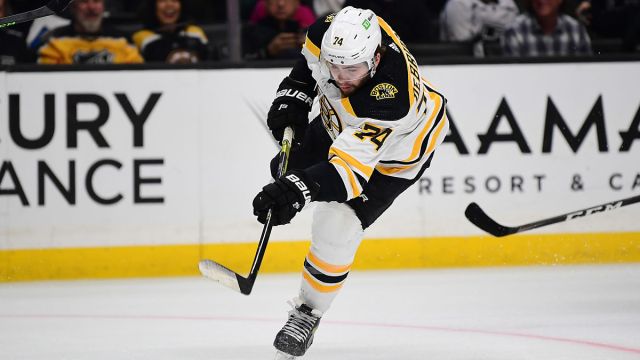 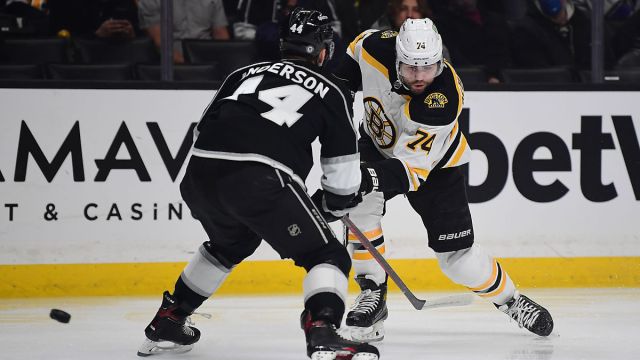