No David Pastrnak or Hampus Lindholm against the Tampa Bay Lightning? No problem for the Boston Bruins.

Just like it wasn’t a problem when the Bruins were without Patrice Bergeron when the two teams met in March, nor was it an issue with Boston was missing both Brad Marchand and Charlie McAvoy in their January meeting.

The Bruins bested the defending Stanley Cup champions in overtime on Friday, 2-1, proving yet again that they have enough depth to hang with any team on any given night.

Cassidy acknowledged he didn’t think all of the Bruins were on their top game for most of the night, but he was impressed with the way the Bruins managed to do enough to earn two points.

“I thought some guys were off a little tonight,” Cassidy said, as seen on team-provided video. “We were able to stay in the game. We had a really good second period. We talked about some things between the first intermission, and that translated well, and then they had a really good third at the start.

“We held on, and we bent, we didn’t break. I think that part of it was we can be in our kind of “B” game mode and as long as it doesn’t slip to “C” game, you get back to finding your game and hang in there. That’s what I took from the game tonight.”

Charlie Coyle potted the winner 3:37 into the overtime period, and Jake DeBrusk continued on his tear through the league, logging the Bruins’ first goal then earning an assist on Coyle’s overtime winner. That brought the winger up to seven goals and three assists with a plus-nine rating through his past seven games.

Cassidy added he thought DeBrusk was “best forward” for the Bruins on Friday, a sentiment Coyle echoed.

“He’s been all over the puck,” Coyle said, as seen on NESN’s postgame coverage. “He’s been forechecking, he’s working. It’s no question why he’s getting the results he’s getting. He’s playing a complete game and he’s such a factor for us.”

Here are more notes from Friday’s Bruins-Lightning game:
— Linus Ullmark landed back in between the pipes and had a strong outing, making 28 saves. He now is 6-0-0 with a .938 save percentage in his past six starts.

“Everything (is) a little more on his toes lately,” Cassidy said, as seen on NESN’s postgame coverage. “So good, that’s what we want. They have world-class goaltending. You’re going to need a great game from that position if you’re going to beat Tampa typically, and I thought it was a good goaltenders battle tonight. We were just one better.”

— Marc McLaughlin, the Boston College product who had a dream debut for his hometown team at TD Garden last week, slotted back into the lineup in Pastrnak’s place. He finished the night with one shot on net in nine minutes of action.

— The Bruins return to the ice on Sunday against the Washington Capitals, with puck drop scheduled for 1:30 p.m. ET. 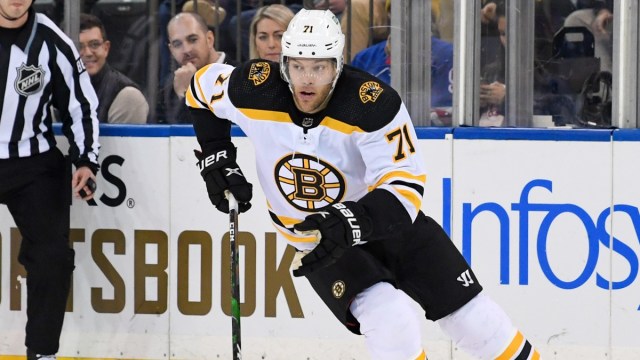 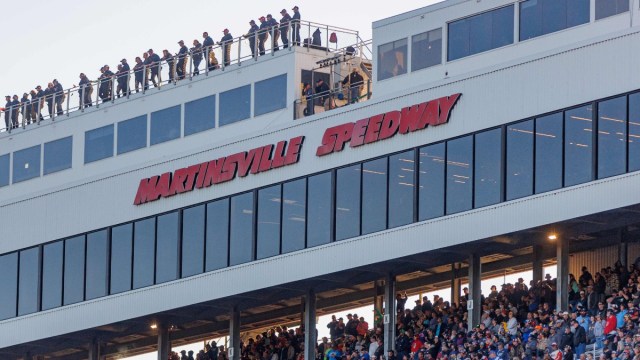