Patriots Mailbag: Who Could New England Trade Up For In NFL Draft? Skip to content

@KDPPatsfan85
Do you think the Patriots go oline like Kenyon green or Zion Johnson or should they go db like daxton hill? Is this a draft that we should trade down?
As I wrote in last week’s mailbag, I think the Patriots are more likely to draft a tackle in the first round than a guard like Green or Johnson, just based on positional value and the fact they’ve consistently found quality interior linemen in the middle rounds. Both of those players would fill a clear need, though, as left guard is one of the few positions on the Patriots’ roster without a clear starter at this stage.

As for Hill, I’ll echo pretty much every other New England reporter in saying he’d be a great fit for the Patriots. His primary position (safety) is the deepest on the roster, but he also can play in the slot and could even have the physical tools to get by as an outside cornerback. The Michigan product would give the Patriots short-term depth at corner/slot and potentially become Devin McCourty’s eventual replacement on the back end. (McCourty turns 35 in August and is entering his 13th season.)

And yes, with just two picks on Day 2, it wouldn’t surprise me to see the Patriots trade down in the first round and acquire additional assets, depending on how the board falls for them.

@Bradyrupp
Are there any players you could see Belichick trading up for at any point in the draft?
I could see them jumping up two or three spots from No. 21 for Northern Iowa offensive tackle Trevor Penning, whom most national mock drafts have going in the late teens. Tackle isn’t as immediate a need as cornerback or linebacker, but with Isaiah Wynn and Trent Brown both injury-prone and Wynn entering a contract year, it would behoove the Patriots to begin planning for the future there. And Penning is a flat-out beast.

I’m also interested to see whether Bill Belichick would make a move for LSU’s Derek Stingley Jr. or Washington’s Trent McDuffie if either slides. Stingley (the grandson of late ex-Patriots wideout Darryl Stingley) is an especially intruging prospect, as he once was viewed as the undisputed top corner in this class but has seen his stock dip due to injuries and inconsistent play. The 20-year-old was a revelation for the national champion Tigers in 2019 (six interceptions, 21 passes defended) but played in just 10 games over the past two seasons and couldn’t maintain a consistently dominant level of play.

If Stingley slips to within a few picks of the Patriots, would Belichick consider vaulting up to grab him?

Someone like Chris Olave or Jameson Williams could be in play, too, if either tumbles for whatever reason, but I have a hard time envisioning Belichick trading up for a wide receiver. The Patriots have drafted just one receiver (N’Keal Harry) and one cornerback (McCourty, who later moved to safety) in the first round during Belichick’s tenure.

Belichick historically has been more likely to trade down in the draft, but five of the last six draft-day deals he’s executed have been moves up the board, including one in last year’s second round for defensive tackle Christian Barmore.

The Patriots haven’t traded up in the first round — where the price to do so is significantly higher — since 2012, when they did so twice to land Dont’a Hightower and Chandler Jones.

@FrogmansWorld
So why’s it so hard for people around here to imagine Mac taken a year 2 jump? So he made playoffs and now will get more help but somehow will forget how to play ball cause Judge is here?
I certainly think we could see a Year 2 leap from Mac Jones. He showed a ton of promise as a rookie, and he should be back in better shape, with a much stronger grasp of the Patriots’ offense and a better supporting cast, which New England still could add to through the draft.

But the turnover on the Patriots’ offensive coaching staff is a gigantic variable here. That Joe Judge- and Matt Patricia-led group does not feature a single assistant coach who has called plays or coached quarterbacks at the NFL level. Not one. Judge and Patricia have plenty of coaching experience, but trusting this pivotal stage of your franchise QB’s development to a collection of coaches without those key lines on their résumés is risky, to say the least.

There’s also the question of whether Jones’ best will be enough to keep pace with the squadron of elite signal-callers that now populates the AFC.

@qualitysmoke
If the Patriots double dip at a position in the draft, what position is most likely
I’d say cornerback. I’ve had the Patriots taking one in the first two rounds and another early/mid-Day 3 in most of my mock drafts. New England also loves stockpiling late-round linebackers — it’s drafted four in the fifth, eight in the sixth and six in the seventh under Belichick — so we could see it go one early, one late at that spot, as well.

I would have said wideout is another double-up possibility, but I think that’s less likely after the DeVante Parker trade.

@TimsSunscreen1
Any chance we can trade N’Keal Harry for a 2024 7th rounder?
I think the Patriots should take whatever they can get for Harry at this point, which probably isn’t much. It’s hard to envision him having any role on this team in 2022, especially with Parker now aboard. If he’s not traded, my guess is he’ll be cut at some point before the season.

@pats300levelpod
What’s the likelihood Navy LB Diego Fagot gets drafted and if he does would the Patriots be a potential suitor?
Fagot is projected as an undrafted free agent, and I could definitely see him being on the Patriots’ radar post-draft. He isn’t very big (6-foot-3, 235 pounds) and didn’t test especially well, but he was a three-year starter and one-year captain at Belichick’s beloved Navy who averaged nearly eight tackles per game and racked up 34 tackles for loss over the past three seasons.

Basically, any time a Navy prospect is draft-eligible, there’s a good chance the Patriots have at least some interest. There are three Naval Academy grads currently active in the NFL. Two of them are on New England’s roster (Joe Cardona and Malcolm Perry) and the other spent time with the Patriots last summer (Paul Quessenberry). 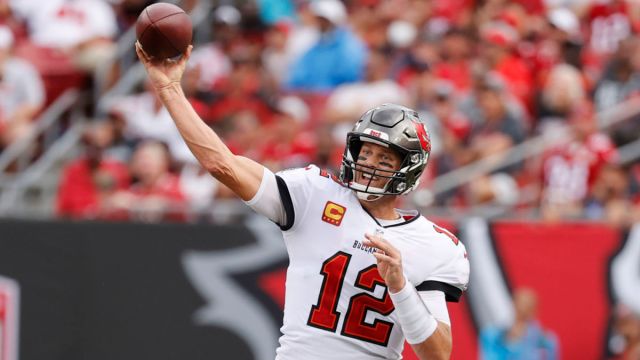 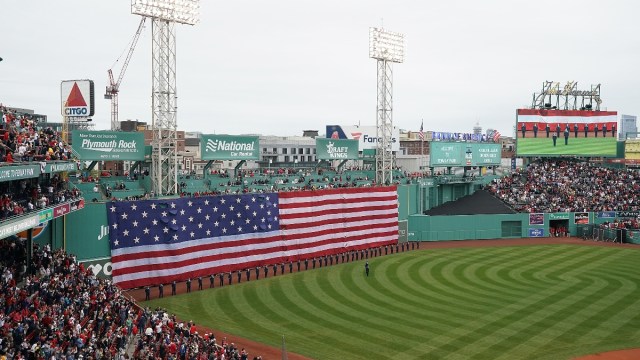