BOSTON — The Boston Bruins earned a much-needed win in Game 3 of their best-of-seven series against the Carolina Hurricanes 4-2 on Friday at TD Garden. After the win, the Hurricanes’ series lead was halved, 2-1.

The Hurricanes struck first, but thanks to center Charlie Coyle, the tide turned back into the Bruins’ favor late in the first period. From there, it was essentially all Boston.

Coyle scored a short-handed goal off of a perfect pass by forward Jake DeBrusk to get the momentum and ignite the crowd.

“That short-handed goal kind of changes the dynamic of the game,” head coach Bruce Cassidy said. “They have a chance to extend on the power play and it gives us life.”

“That’s awesome,” Swayman said in reference to the goal. “That was a great goal by JD and Charlie. It’s hustle, it’s attention to detail and knowing when to go, when there is an opportunity and obviously getting the crowd into it was a big part. They were behind us the whole night and it was just a great atmosphere to play in.”

“When JD and CC made that play short-handed to get us back in the game it just changed our whole demeanor,” Brad Marchand said. “We’ve been trying to play catch-up all series and it felt good to know we can come back in those situations and we can respond the way we have in the past.”

Here are some more notes from Bruins-Hurricanes:

“He was brought in to be that type of stay-at-home, try to be a stiff defender, keep the puck out of your net, shot blocker,” Cassidy said. “(He was) really good on the penalty kill. He’s been as advertised.”

Once again, Cassidy and Swayman were on the same page.

“I love that guy,” Swayman said in reference to Forbort. “He’s the man. He’s been doing that all year for us too so nothing new from him. He does everything for the team, for the crest and it shows. Guys play hard for him and he does the same for us. He’s an awesome person to have in front of me.”

— Marchand gave the Bruins their first lead over the Hurricanes in a very long time. The goal provided a boost against a team that thrives when playing ahead.

“When Marchand scored, that’s a big lift for us,” Cassidy said. “We got a lead now for the first time against this team since like 2020 or something, it’s been a while. Now all of the sudden we get to play a little more comfortable game.”

— Swayman had a great night in the net for his second playoff appearance ever and looked calm as ever. Cassidy also noted that Swayman will start Game 4 after a strong showing.

“That’s his demeanor,” Cassidy said on Swayman being calm. “I think that won’t change. The farther we go along some of that will get tested obviously for a young guy. These are the most important games he’s probably ever played. So we’ll see but we knew that about him and right up till the end we weren’t sure who would be our Game 1 starter we just felt (Linus) Ullmark had the better finish so that’s the way we went.

“He worked on his game in-between. You never know if you’re going to get a shot if the other guys stays hot. He got his opportunity and was ready for it. I think it says what it always has, he’s consistent, he’s a good pro for a young guy. He’s a really good pro. He’ll get tested again Sunday, but he passed his first one.”

— The Bruins will rematch the Hurricanes in Game 4 as they try to tie the series at TD Garden on Sunday with puck drop set for 12:30 p.m. ET. Pregame coverage starts at 11:30 p.m. on NESN. 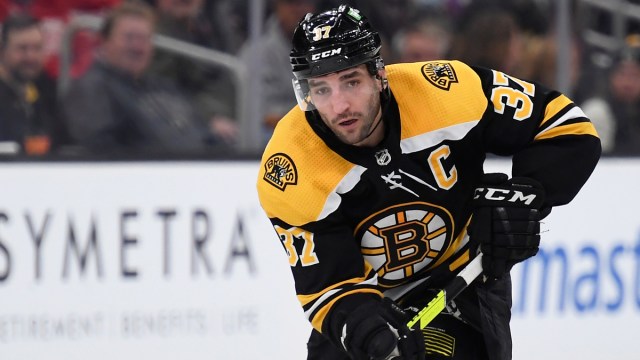 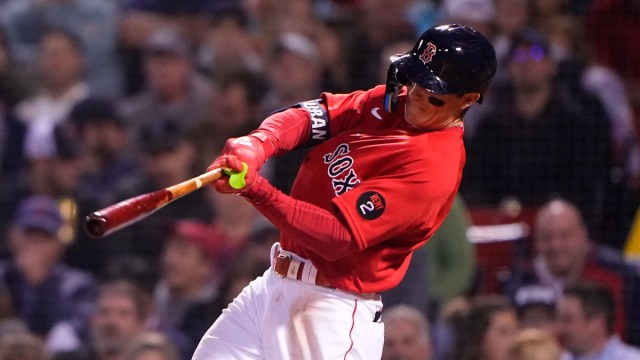