Bruins winger David Pastrnak is not the least bit surprised that Boston’s “perfection line” of Patrice Bergeron, Brad Marchand and Pastrnak was able to click immediately despite spending some time apart.

“We’ve played together for so long. If you’re playing with somebody on the same line, we kind of take off,” Pastrnak said Monday while speaking with Bruins reporter Eric Russo.

Dating back to early March, Pastrnak spent a majority of his shifts playing on the second line with fellow winger Taylor Hall. Bruins forward Jake DeBrusk, at the time, filled in alongside Bergeron and Marchand with Cassidy looking to improve scoring depth. But with the Bruins facing a two-game hole and the offense sputtering, Cassidy went back to the “perfection line” before Game 3 and it paid dividends.

The chemistry was perhaps best depicted on Boston’s fourth goal of Game 4. It started as Bergeron won a faceoff in the offensive zone before Marchand gained possession of the puck, skated to his left, and snapped a pass to Pastrnak skating to the far post. Pastrnak collected himself and the puck and beat Hurricanes goaltender Antti Raanta glove side. It was a beautiful set play the trio has capitalized on time and time again.

“It’s very easy to come back. It’s not like you’re coming back to a new line where you don’t know what to expect,” Pastrnak said. “So we know each other, we feed from each other. It was a lot of fun.”

Pastrnak wasn’t the only one who had fun back on the top line either.

“He’s a one-of-a-kind player,” Marchand said of Pastrnak after Sunday’s win. “He’s such a threat every time he touches the puck and finds a way to get open, create plays, create havoc and made a couple of big plays tonight to get us back in the game and to get us an extra lead. He’s a very dominant player in this league and it’s nice to have him out there.”

The Bruins landed in Carolina with Game 5 set for Tuesday night at 7 p.m. ET. You can watch full coverage on NESN, including an hour of pregame. 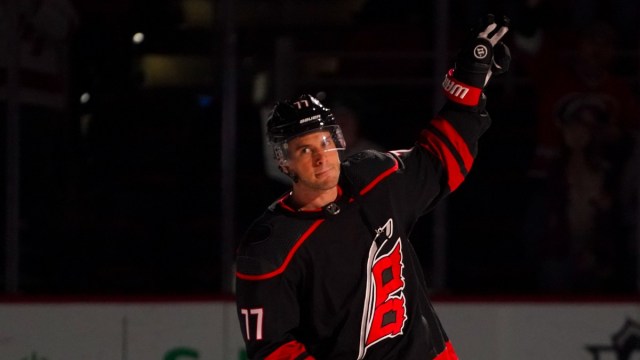 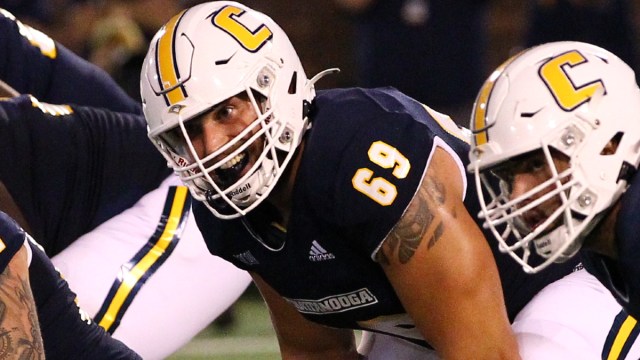 Cole Strange Film Review: What Patriots Are Getting In First-Round Pick