The Boston Red Sox closed out their 10-game West Coast road trip with a 2-0 win over the Seattle Mariners at T-Mobile Park on Sunday.

ONE BIG TAKEAWAY
The Red Sox continued to show they are unfazed recently by playing in tight games, and made a myriad of clutch plays starting in the eighth inning.

Rafael Devers seems to always rise to the occasion in bigger moments, and did so both at the plate and in the field in the eighth. Rob Refsnyder tried to outdo Devers in the bottom of the eighth with an absolutely incredible, full-extension diving grab in right field to rob Ty France of extra bases. The web gems allowed Boston to hold Seattle to one hit for the game.

Tanner Houck looked impressive out of the bullpen again as well, closing things down in the bottom of the ninth to secure his second save in three days.

For the Red Sox, it was certainly a great way to respond after the Mariners notched a walk-off win less than 24 hours prior to Sunday’s contest. On the road trip, Boston went 5-1 in games decided by two runs or less.

STARS OF THE GAME
— Rafael Devers smoked a two-out, two-run home run to the opposite field to break a scoreless deadlock in the top of the eighth. Devers’ clutch hit carried 368 feet, and it was his team-leading 14th homer of the season.

— Kutter Crawford filled in as a starter and gave the Red Sox more than enough. The right-hander tossed five scoreless innings, allowing just one hit while striking out five. Crawford escaped from trouble routinely as well as he issued four walks.

— Robbie Ray, the reigning American League Cy Young award winner, turned in a strong performance on the mound for the Mariners by tossing seven scoreless innings. He scattered three hits and struck out four.

WAGER WATCH
Taking the Under on Boston’s total runs scored would have produced more money in the wallets of bettors. The Red Sox had -105 odds to score Under 3.5 runs, and did just that despite Devers’ homer. A $100 bet on that prop would have netted a total payout of $195.24.

ON DECK AT NESN
The Red Sox have a day off on Monday before starting a nine-game homestand. Boston’s first game back at Fenway Park comes Tuesday against the Oakland Athletics. First pitch is scheduled for 7:10 p.m., and you can watch the game, plus an hour of pregame coverage on NESN. 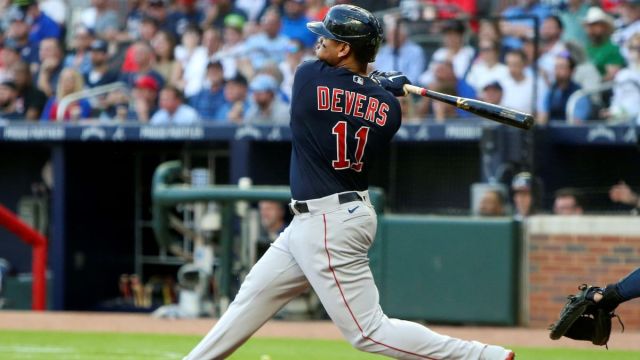 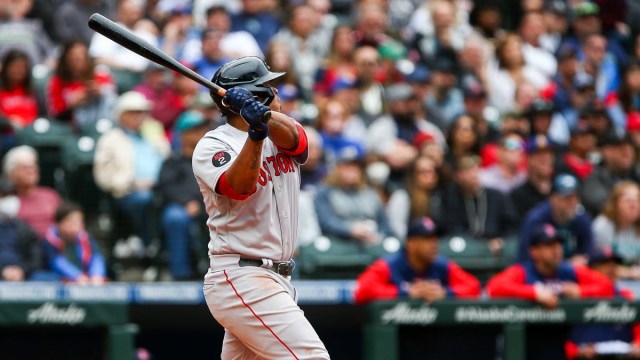