While New England Patriots head coach Bill Belichick continues to pass over the topic, there seemingly has been an indication as to who might be calling the offensive plays in the wake of Josh McDaniels’ offseason departure.

Matt Patricia, who is listed as New England’s offensive line coach and senior football advisor, had been radioing in play calls to second-year quarterback Mac Jones during the majority of team periods each of the first two days of training camp. Those indications would have it Patricia, known around New England as the team’s longtime defensive coordinator, could serve as the offensive play-caller without the official title.

And while it might be viewed as a controversial decision to many Patriots fans, those inside the confines of Gillette Stadium were complementary of Patricia. Jones and company acknowledged the advantage he’s provided the offense.

“I think obviously coach Belichick’s done a great job kind of explaining exactly what we want to do as an offense, and Matty P has seen so many different defenses along with coach Belichick, so it’s like they combine their knowledge of how to attack the defense,” Jones said Wednesday, per the team. “That’s something that’s really stood out to me.

“They’re great guys who, and coach (Joe) Judge, they all bring this different energy to the room when they’re presenting,” Jones continued. “So, they all are trying to get us to work together and that’s the most important part, is we’re all on the same page regardless of who’s talking, who’s making the decision on a play or what not and it’s always an open conversation, which I love.”

Patricia being well-versed with the defense has come across to others, too. The Patriots have seen how he’s using his defensive IQ to peel back the curtain into what opponents will do in certain situations.

“I think it’s a cool thing that we get to see it from another perspective,” Patriots offensive tackle Trent Brown told reporters, per the Providence Journal’s Mark Daniels. “Him working on the defensive side of the ball for so long, we get to know the who, what, when, where, why and not just the X’s and O’s. I think that’s the coolest part about it.”

Patriots wideout Kendrick Bourne shared much of the same.

“Run blocking — knowing what the defense is doing,” Bourne told reporters, per Daniels. “Knowing pressures, stuff like that. Just coverages, man. They really know coverages. Even having Bill over there. They really know defense very well. They’re teaching us and showing us what the defense is going to do before we even see it. It’s just a tip to our offense and I know it’ll make us better this year.”

Of course, it’d be fair to think having multiple voices when it comes to leading the offense could lead to more confusion. In addition to Patricia, Judge is working with the quarterbacks while also serving as an offensive assistant. Reports surfaced last season indicating the Patriots’ combination of Jerod Mayo and Steve Belichick on defense, multiple voices as is the case in this scenario, did have a negative impact.

Jones, though, believes there is a good rhythm on offense — at least at this point.

“I think plays are plays regardless of who’s telling you what the play is,” Jones said. “There is a rhythm to it and they all have good rhythm in their meetings and talking through the plays, ‘Alright you start here, we go here,’ that type thing. So everyone, we’re in there having an open conversation, which is important.”

Patriots fans certainly are hoping that will continue to be the case. 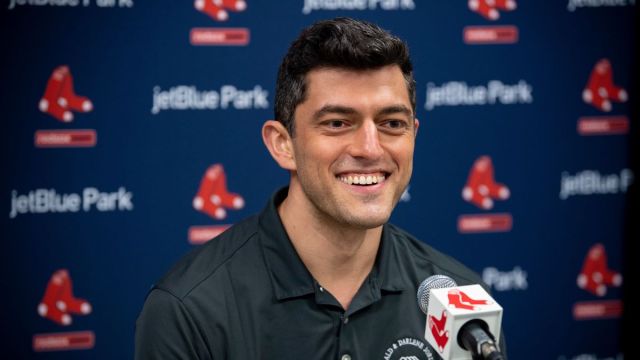 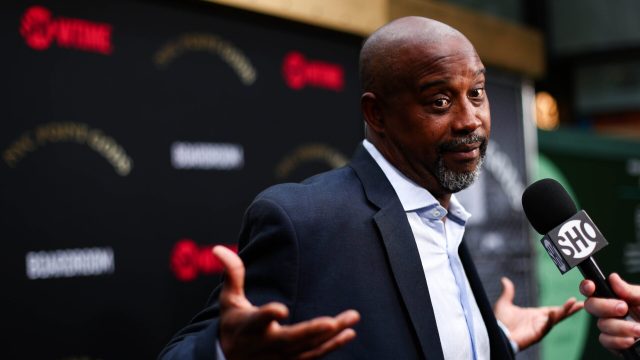