Rhamondre Stevenson’s main focus during his first full NFL offseason was becoming a more viable option in the passing game for the New England Patriots.

That work seems to be paying off.

One week before the Patriots’ regular-season opener against the Miami Dolphins, head coach Bill Belichick praised Stevenson for the improvements the second-year running back has made in areas like route-running.

“(He’s) certainly (made) an effort to improve, and that’s a great thing,” Belichick said Sunday in a video conference. “All players, no matter how good they are — and we have a lot of good players — have the obvious strengths, and that’s what carries them to this level in the National Football League and to the opportunity to be productive on this team. But we all have weaknesses, and it’s good for every player to identify what he needs to work on, and then address it and try to improve that so it doesn’t continue to be a weakness.

“It’s something that he now has shown that he can do. Or it might even become a strength. So I really admire Mondre for doing that and for the effort that he’s put into it.”

Primarily known as a bruising power rusher with deceptively quick feet, Stevenson showed pass-catching potential at Oklahoma and was an occasional contributor there as a rookie, finishing with 14 receptions on 18 targets for 123 yards in 12 games. But with longtime third-down back James White now retired, the 2021 fourth-round draft pick has an opportunity to take on a much larger role in that area as an NFL sophomore.

While it remains unclear exactly how the Patriots will structure their backfield, Stevenson and versatile veteran Ty Montgomery both should assume some of White’s pass-game responsibilities, with the former also splitting time with Damien Harris on early downs. And with Montgomery currently sidelined after injuring his ankle in the preseason finale, expect Stevenson to be heavily involved early in the season.

Belichick saw encouraging progress from Stevenson in training camp, though his pass-catching and pass-blocking reps in preseason games were fleeting. The 24-year-old also trimmed down this offseason and took steps to improve his conditioning.

“We haven’t had a lot of blitz situations, live blitz situations come up (this summer),” Belichick said. “But we’ll get some, I’m sure, especially from Miami, and same thing in the passing game. A lot of our passes the last couple of weeks have gone to players who are right now on the practice squad, like Kevin (Harris) and J.J. (Taylor), people like that. So (Stevenson) hasn’t had a lot of chance to do that in games. But he’s done it well in the past at times.

“I think his attention to the details of his route running and passing game have certainly shown up in practice, and hopefully they’ll show up in the games now.”

The Patriots will hold three practices in the Miami area this week to prepare for Sunday’s Week 1 matchup with the Dolphins at Hard Rock Stadium. 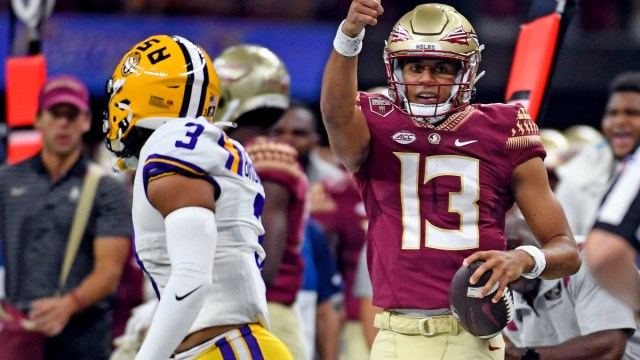 All For Nothing: LSU, Florida State Finish Leaves Fans Stunned 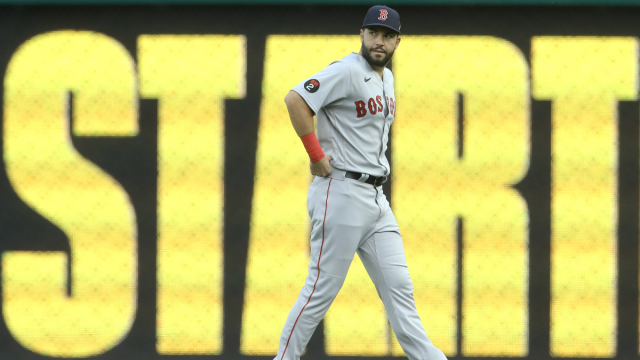