With Jeremy Swayman knocked out of the game due to injury in the third period against the Pittsburgh Penguins, Linus Ullmark lost his goalie hug partner and seemed he wouldn’t be able to celebrate accordingly after the Bruins pulled off a wild comeback with a 6-5 overtime victory at PPG Paints Arena.

But in stepped Foligno in place of Swayman to make sure the goalie hug continued with Boston stretching its winning streak to six games.

It was a strange night for Ullmark, who got pulled with 8:24 left in the second period after surrendering his fifth goal. But when Swayman exited the contest with just over 14 minutes to go in regulation, first-year Bruins coach Jim Montgomery re-inserted the veteran goalie back in net and Ullmark stonewalled the Penguins from there before getting to revel in his seventh win of the season with Foligno.

That was far from Foligno’s only contribution of the night, and most definitely not his most important. Foligno set up Jakub Lauko with a terrific pass for his first NHL goal with 6:40 remaining in the first period.

It was surely a versatile performance from Foligno as it looks like the fourth-line winger has cemented himself as the backup to Swayman to perform the goalie hug celebration going forward. 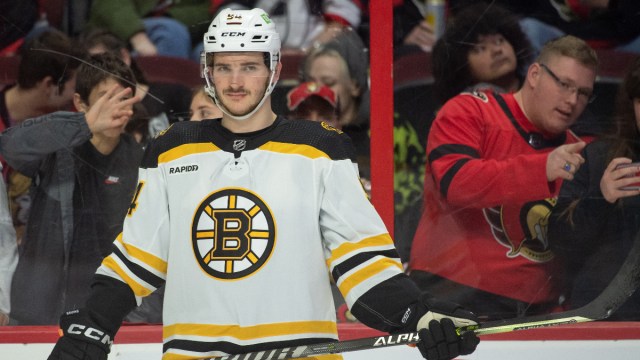 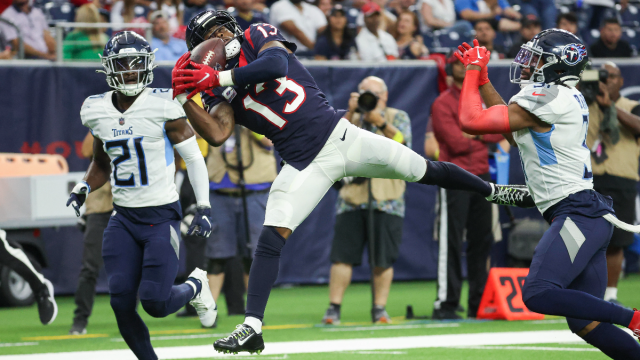