The New England Patriots have more than 20 players set to hit free agency when the NFL league year opens March 15. As that date approaches, we’re taking a closer look at each one. Next up: cornerback Jonathan Jones.

2022 SEASON REVIEW
Jones’ unexpected transition from slot specialist to starting outside corner was, on the whole, a success.

Despite having limited perimeter experience, he quickly emerged as the Patriots’ No. 1 cornerback, starting all but one game and leading the team in passes defended (11) and interceptions (four, tied with Devin McCourty).

Jones also forced a team-high three fumbles and scored a touchdown on a pick-six. His 894 defensive snaps played smashed his previous career high of 619, and he added another 116 snaps and a blocked punt on special teams.

But Jones’ campaign was far from flawless. He struggled mightily in late-season matchups against All-Pros Stefon Diggs and Justin Jefferson, and he committed nine penalties, with eight of them coming in a five-game stretch from Weeks 11 to 15. No other Patriots defender was flagged more than four times all season.

In three games against Diggs and Jefferson, Jones allowed 100.1 receiving yards per game and four touchdowns with one interception, per Pro Football Focus. His numbers in the 13 other contests were far better: 18.9 yards allowed per game, two touchdowns, three INTs.

Against the Las Vegas Raiders (Davante Adams) and Miami Dolphins (Tyreek Hill, Jaylen Waddle) in Weeks 15 and 17, Jones allowed a total of two catches on 12 targets for 14 yards, per PFF.

CASE FOR RE-SIGNING
Jones isn’t a true lockdown corner in the Stephon Gilmore mold. But he proved this season that he can play inside or outside at a reasonably high level, even if he was overmatched when facing some of the NFL’s best wideouts. He also has played safety in the past and annually has a large role in the kicking game, giving him the type of versatility Bill Belichick covets in his defensive backs.

Belichick is a huge Jones fan, saying in November that “everybody” in the Patriots locker room has “total trust” and “a ton of confidence” in the 29-year-old. If his price tag is reasonable, retaining him would give New England some necessary stability at the position while impact 2022 rookies Jack Jones and Marcus Jones continue to develop.

Jack Jones flashed Pro Bowl potential this season but ended the year by getting injured and then suspended. Marcus Jones projects as the Patriots’ top slot option in 2023, but his 5-foot-8 frame hindered him when he had to play outside.

Starter Jalen Mills missed the last six games with a lingering groin injury and was one of PFF’s lowest-graded corners when healthy. Mills also could be a surprise cut this offseason, as releasing him would create nearly $5 million in salary cap space with just $1.25 million in dead money.

The Patriots should be looking to improve this group this offseason — ideally by adding some height and length, which all three Joneses lack — but Jonathan Jones is a proven commodity who’s worth keeping.

CASE AGAINST RE-SIGNING
The likelihood of Jones sticking around will depend on how he’s valued around the league.

If other teams view him more as a slot/nickel corner, or even as a No. 2 on the outside, he likely won’t be prohibitively expensive. But if a cornerback-needy club overlooks his issues against Jefferson and Diggs and wants to pay him like a true No. 1, the Patriots might be priced out. They don’t have a history of giving large contracts to cornerbacks in their 30s. (Jones turns 30 in September.)

There’s also a case to be made for New England going back to its roots and bringing in a premier, Pro Bowl-caliber corner to lead this group. That was the Patriots’ M.O. for the previous decade, when they transitioned seamlessly from Aqib Talib to Darrelle Revis to Malcolm Butler to Gilmore to J.C. Jackson before going with a star-less setup this season.

Philadelphia’s James Bradberry, a second-team All-Pro this season, is an impending free agent who would fit that bill. 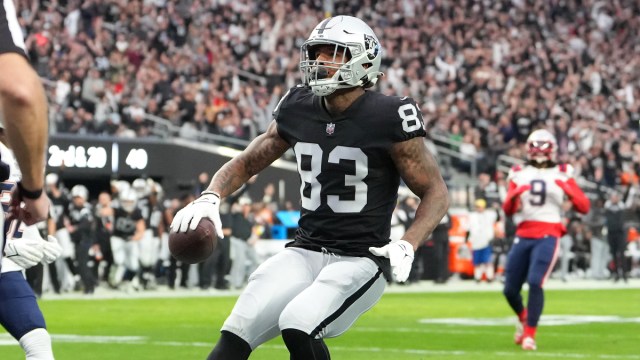 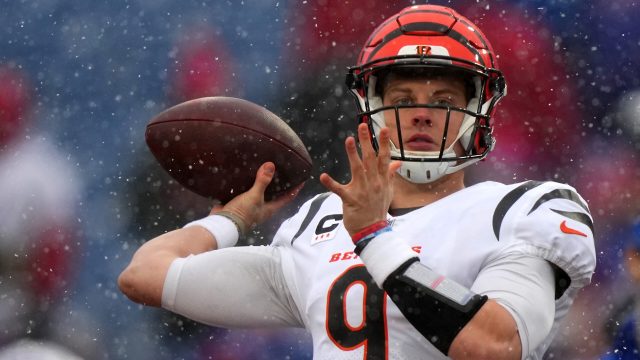