After generating fourth-quarter comebacks three weeks in a row, the Patriots could not quite finish the job on Sunday.

New England had a chance to better its shot at the No. 1 seed in the AFC and came up short. The Patriots got the ball all the way to Miami’s 14-yard line with time running out. On 4th-and-5, Tom Brady chucked the ball into the end zone, looking for wide receiver Austin Collie. Dolphins cornerback Michael Thomas jumped the route, picking off the Patriots signal caller and sealing the deal for Miami.

It wasn’t all bad for the Patriots, though. Plenty of players stepped up and had massive games for New England. Let’s check out the five stars of the game.

Julian Edelman: The Patriots wide receiver collected a new single-game-high 139 yards on 13 catches against Miami. Without any deep threats on the roster, Brady and the Patriots had to grind out tough yards on screens and crossing routes.

Edelman looked gassed by the end and couldn’t pull in the game-winning touchdown, but he had a massive game. Edelman was targeted 19 times. He had more catches and yards than he did in 2010 and 2011 combined. Edelman has come a long way this season.

Danny Amendola: The New England slot receiver had his best game as a Patriot. His 10 catches for 131 yards topped his Week 1 effort against Buffalo.

Amendola is gutting out a groin injury every week. It’s obvious he’s not at 100 percent, but he’s playing and contributing anyway. Without rookie wide receivers Aaron Dobson and Kenbrell Thompkins, Amendola has been asked to do more the past two weeks.

Tom Brady: The Patriots quarterback nearly got it done without Thompkins, Dobson or tight end Rob Gronkowski. After he lost rookie receiver Josh Boyce (who is a pseudo slot guy, himself) to a foot injury, Brady had just Edelman, Amendola and Collie left out wide. That’s three traditional slot receivers.

Brady still threw for 364 yards while going 34 for 55. He had two touchdowns and the game-clinching interception. While Brady struggled without some of his top targets early in the year, he proved he can still churn out a good performance against a top defense lacking some of those players.

LeGarrette Blount: It wasn’t a tremendous performance from the Patriots overall against Miami, but New England’s starting running back, Blount, ran hard for 47 yards on 11 carries. The Patriots had to go away from the run as they started to trail more.

Blount continues to show flashes of improvement, though. He’s breaking more tackles as he lowers his pad level. At 250 pounds, he able to run through opponents. He was trying to run around defenders. 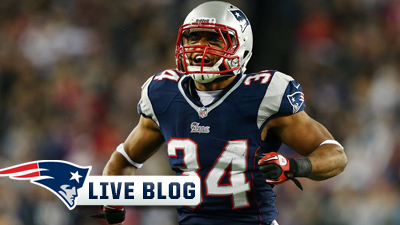 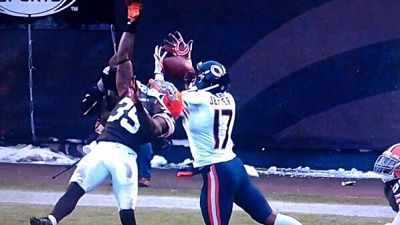