The Minnesota Timberwolves have never made the playoffs without Flip Saunders on their bench. If they qualify for the postseason next year, it appears that will still be the case.

T-Wolves president Flip Saunders has hired himself to fill the team’s vacant head coaching position, ESPN reported Thursday. Saunders, who has coached Minnesota to all eight of its playoff appearances, reportedly decided to take the job after interviewing a number of uninspiring candidates.

This move adds some intrigue to the ongoing Kevin Love trade talk. As team president, Saunders was not keen on trading Love. As a coach, he might be even less inclined to deal his best player. The Celtics’ quest to land Love might have just gotten even tougher. 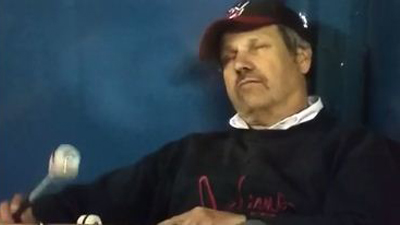