The offseason of Gronk continues.

New England Patriots fans certainly love tight end Rob Gronkowski, but even South Beach recently showed Gronk some love. Gronkowski was spotted there wearing a “Honk if you love Gronk” shirt during a recent film shoot for GQ, and he had a Sports Illustrated cover model with him, too.

Hailey Clauson, who was on the cover of the 2016 Sports Illustrated Swimsuit Issue, also was at the film shoot. And to make things more interesting, Terez Owens, a sports gossip blog, was told by a source that they “hit it off.”

We shall see what that leads to, but Clauson has been linked to model Julian Herrera, who appears on her Instagram quite a few times. Gronkowski had been dating ex-Patriots cheerleader Camille Kostek, but that relationship appeared to end prior to Valentine’s Day. He also was spotted with Jordan Duffy at the post-Oscars Vanity Fair party in early March.

You can get a sneak peek of Gronk and Clauson in the video. 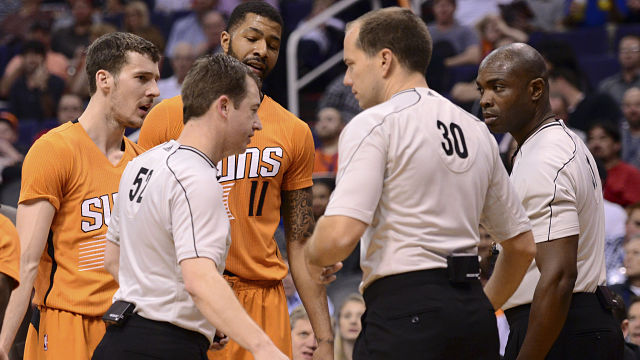 Tim Donaghy Believes ‘100 Percent’ Of NBA Referees Gamble On Something