Tom Brady and Bill Belichick are preparing to play in their eighth Super Bowl together when the New England Patriots face the Philadelphia Eagles in Super Bowl LII on Feb. 4.

The legendary quarterback/coach combination has had an unprecedented run of success, but recent reports have suggested there is a rift between Brady, Belichick and owner Robert Kraft when it comes to the question of who deserves the most credit for the dynasty.

But one former Patriot believes he knows the answer to that question. Cornerback Ty Law, who played 10 seasons in New England, went on ESPN’s “SportsNation” on Tuesday and discussed why Belichick has been more important to the Patriots’ success.

“I think that you gotta give the nod to coach Belichick,” Law said. “Because when Tom Brady, when he went down, it was the next man up. It was a guy by the name of Matt Cassell. Now he came and did his thing, but when he left he didn’t have as much success. But I would say that coach Belichick is the glue that keeps the team in place, but it always helps to have Tom Brady there too, you know what I mean? But I think if you had to pick just one, and I was playing Mr.Kraft, I would say, ‘I’m going to sign coach Belichick to an extension.'”

Law makes a valid point, but it’s hard to discount all that TB12 has done for Belichick and the Patriots, and it’s unlikely that Belichick would be coaching for his sixth Super Bowl championship if he had a quarterback not named Brady.

But would Brady be a five-time Super Bowl champion without Belichick wearing the headset? Probably not.

The two have worked perfectly together, and that’s what has made the Patriots’ the most successful sports franchise of the 21st century. And they have a chance to cement their legacy with ring No. 6 in 12 days. 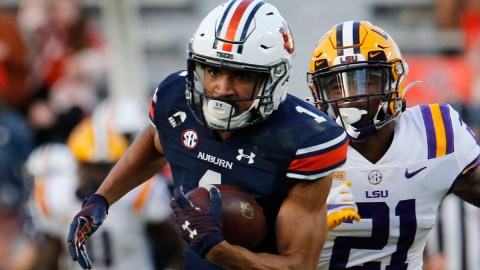