Who Helped Patriots Most In Bounce-Back 27-13 Week 12 Win Over Jets? - NESN.com Skip to content

EAST RUTHERFORD, N.J. — So much for the New England Patriots’ “road woes.”

The Patriots beat the New York Jets 27-13 in convincing fashion Sunday at MetLife Stadium. The Patriots offense did indeed get back on track with tight end Rob Gronkowski and right guard Shaq Mason back on the field. The Patriots piled up 499 net yards after gaining just 284 in their Week 10 loss to the Tennessee Titans.

The Patriots were balanced with 35 rushes and 31 passing attempts. Quarterback Tom Brady spread the ball around, targeting four receivers four or more times.

Here’s who helped the Patriots most in Sunday’s win:

WR JULIAN EDELMAN
The Patriots’ versatile receiver was targeted just five times, but he caught four passes for 84 yards with a touchdown. With all the kvetching about the Patriots’ offense as a whole, Edelman’s performance this season has been underrated. He’s looked as good as ever.

RB SONY MICHEL
Michel suffered an injury scare when he was bent backward and missed a series with what appeared to be a back injury. He returned, and on his first snap, he carried the ball for 33 yards.

He had 20 carries for 131 yards with a touchdown and recorded his first multi-catch game with two receptions for 12 yards. He also had 38 rushing yards called back because of penalties.

CB STEPHON GILMORE
The Patriots top cornerback didn’t necessarily follow around one receiver and let up just one catch on five targets for 17 yards with an interception and pass breakup.

LB KYLE VAN NOY
Van Noy didn’t put up big numbers. He only recorded three tackles. But he also had a 2-yard tackle for loss, batted pass at the line of scrimmage and a quarterback hit that forced an incompletion. Van Noy’s been making those types of big plays all season.

QB TOM BRADY AND HIS OTHER WEAPONS
It wasn’t a perfect game for Brady. He struggled with accuracy early in the third quarter, but he was playing through thumb and knee injuries and still went 20-of-31 for 283 yards with two touchdown passes.

We’d be remiss not to mention another solid game from wide receiver Josh Gordon, who caught 5-of-5 targets for 70 yards. Gronkowski caught 3-of-7 targets for 56 yards with a touchdown. Chris Hogan (two catches, 47 yards) and Phillip Dorsett (two catches, 10 yards) also were involved. 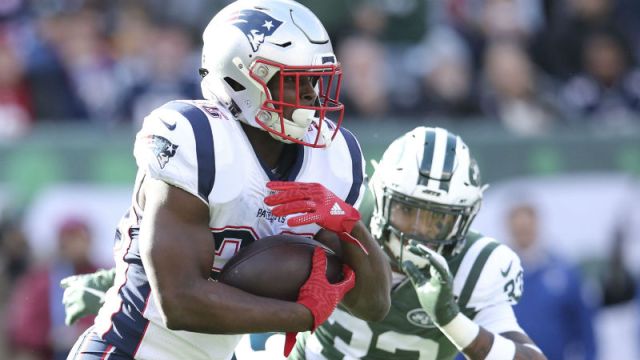 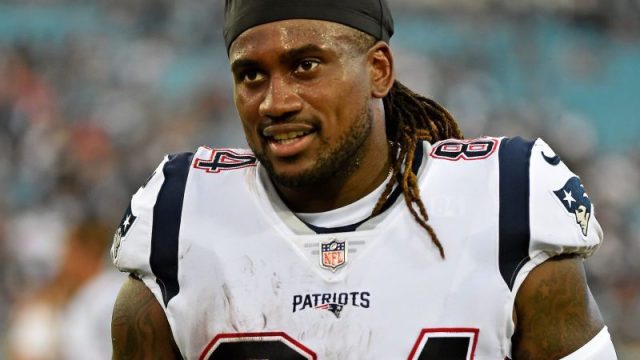