They decided on the former, and it probably was the wrong choice. They’ll face Williams, now on the Kansas City Chiefs, in the AFC Championship Game.

Gillislee carried the ball 104 times for 383 yards with five touchdowns last season but appeared in just nine games before being leapfrogged on the Patriots’ depth chart by Dion Lewis, James White and Rex Burkhead. The Patriots waived him out of training camp this summer when Jeremy Hill beat him out for a roster spot. He was signed by the Saints, cut a month later and has been out of football since Oct. 6.

The Patriots opted to use wide receiver Cordarrelle Patterson at running back over bringing back Gillislee when Sony Michel and Burkhead dealt with injuries.

Williams, meanwhile, returned to the Dolphins in 2017 after the Patriots elected not to offer him a contract. He signed with the Chiefs this offseason, and he’s taken on a breakout role since they cut Kareem Hunt.

Williams carried the ball 50 times for 256 yards and added 23 catches for 160 yards, most of which came in three starts. He registered six total touchdowns.

He carried the ball 25 times for 129 yards with a touchdown in the Chiefs’ divisional-round win over the Indianapolis Colts. He also caught five passes for 25 yards.

Everything ultimately worked out fine for the Patriots. They made Super Bowl LII after a stellar season from Lewis in 2017. They spent a first-round pick on running back Sony Michel in the 2018 NFL Draft. Michel carried the ball 24 times for 129 yards with three touchdowns in the divisional round. He also caught one 5-yard pass. The rookie had 931 yards and six touchdowns in 13 regular season games.

And given Williams’ part-time role as a member of the Dolphins, it would have been difficult envisioning him as a starting running back. He carried the ball 133 times for 477 yards with three touchdowns and caught 85 passes for 733 yards with six touchdowns in 58 games with Miami. 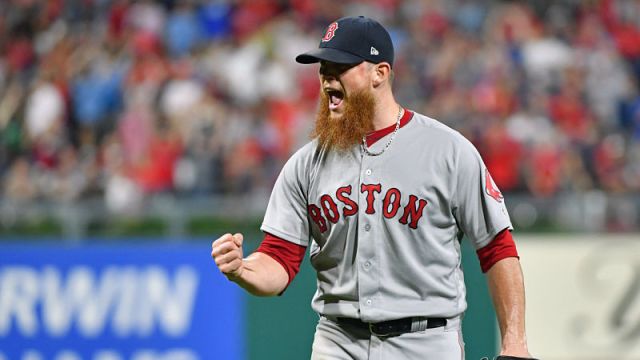 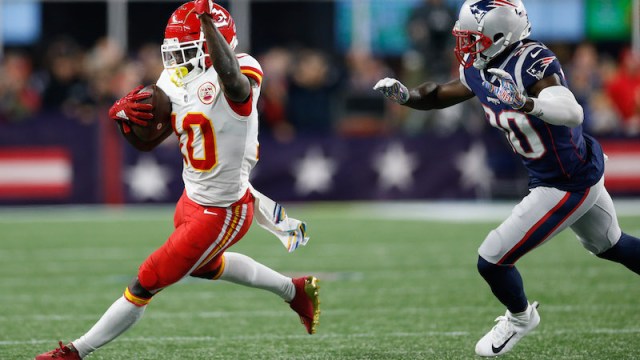