STANDOUT PERFORMER
This season was a significant step back for Gronkowski, after earning All-Pro honors in 2017. But considering the negligible production provided by those behind him on the depth chart, Gronk still was the clear standout at his position for the Patriots.

Battling back and ankle injuries for much of the regular season, Gronkowski finished with 47 catches for 682 yards and three touchdowns in 13 games and posted some of the worst per-game averages of his Hall of Fame-worthy career.

To his credit, Gronkowski finally got healthy late in the year and was a force in the playoffs. He dominated as a run blocker in a divisional-round win over the Los Angeles Chargers, then hauled in four of the most important receptions of the Patriots’ season in the AFC Championship Game and Super Bowl LIII.

Those four catches helped set up each of New England’s final three touchdowns of the season, including the only one scored by either team in the Super Bowl.

Gronkowski’s 12 catches for 166 yards against the Kansas City Chiefs and Los Angeles Rams were the most he had over any two-game stretch all season.

NEEDS IMPROVEMENT
Allen continued to provide next to nothing in the passing game (three catches, 27 yards in 16 games, including playoffs), but he at least brought value as a solid run blocker. The real disappointment here was Hollister, who, after generating considerable hype with strong performances in training camp, simply could not stay healthy.

The second-year pro missed seven of New England’s first 15 games with various ailments before finally being placed on injured reserve in late December. And even when he did make it onto the field, he failed to produce. Hollister caught three passes on three targets for 35 yards in his season debut in Week 2 but had just one catch on two targets for 17 yards over his final seven appearances before being shut down.

Izzo, a 2018 seventh-round draft pick out of Florida State, landed on IR before the season began.

TOP OFFSEASON STORYLINES
1. Will Gronk retire? This is the No. 1 Patriots-related question that needs answering this offseason. The effervescent 29-year-old, who is entering his 10th NFL season and who publicly contemplated retirement last spring, has yet to make a decision on his future, saying he intends to take a few weeks to celebrate the Super Bowl win, take stock of his health and evaluate his future.

Gronkowski would be leaving more than $9 million on the table if he chose to walk away from the game, but his decision likely will hinge more on physical well-being than extra cash in his bank account. Few NFL players have taken more punishment over the last decade than Gronk, who’s spoken candidly in the last year about how football simply isn’t fun when his body is banged up.

Will he be willing to endure another eight months of workouts, practices and hits to the knees when he could instead begin a surely profitable post-playing career as an actor, professional wrestler or pitchman? While there’s always a chance quarterback Tom Brady — with whom Gronkowski loves playing so much that he shut down a potential trade last year — could convince him to stick around for one last ride, retirement seems like the more likely path for the greatest tight end of all time.

2. Will the Patriots draft a tight end? They most definitely should, regardless of Gronkowski’s final decision. Don’t be surprised if they use an early pick on a player to replace or, in an ideal world, learn under Gronk in 2019.

New England has hit on all three tight ends it’s drafted in the first two rounds during Bill Belichick’s tenure (Daniel Graham in 2002, Ben Watson in 2004 and Gronkowski in 2010), and the 2019 class features several intriguing prospects at the position, headlined by Iowa teammates T.J. Hockenson and Noah Fant.

Hockenson, in particular, looks like a great fit given his prowess as a receiver and blocker, but he’s arguably the top tight end available and thus might be off the board by the time the Patriots pick at No. 32. Fant is a stud pass-catcher, but his blocking skills aren’t as developed. Various mock drafts — including our own here at NESN.com — have the Patriots selecting one of the ex-Hawkeyes.

Other tight ends who should hear their names called within the first few rounds include Alabama’s Irv Smith Jr. and Stanford’s Kaden Smith.

3. Will Allen be cut? The Patriots can save $7.3 million against the salary cap by releasing the 28-year-old, which should be a no-brainer given Allen’s extreme lack of production since arriving in New England two years ago (13 catches, 113 yards, one touchdown in 35 games). $7.3 million is far too much to pay a player who contributes only in the running game, even if he is an above-average blocker. Allen earned $3.8 million this season after taking a pay cut last summer.

4. Is Hollister out of chances? The 2017 undrafted free agent has just eight catches through two NFL seasons, and his 2018 campaign was an injury-riddled mess. He and Anderson, who was promoted from the practice squad when Hollister went to IR and has previous NFL experience with the Houston Texans, share similar skill sets as “move” tight ends and could be fighting for one roster spot this summer. 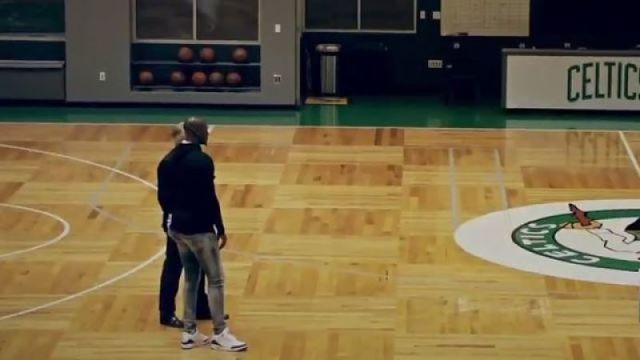 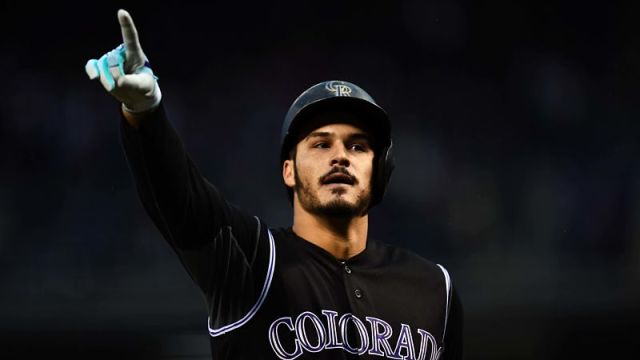