Will Rob Gronkowski suit up for the Patriots in 2019?

That’s the question all of New England has been asking in the five weeks since Super Bowl LIII — and one Gronkowski’s agent, Drew Rosenhaus, claims even he doesn’t know the answer to.

Rosenhaus revealed little about Gronkowski’s intentions Monday during an appearance on ESPN’s “NFL Live,” though he did confirm the tight end is back to full health after suffering a deep quad bruise during the Patriots’ season-ending win over the Los Angeles Rams.

?I talked to Rob last night,” Rosenhaus said. “He won?t even tell me. He said he hasn?t made a decision yet. He is healthy, which I?m excited to say. He?s feeling a lot better. He plays through an injury in the Super Bowl — what else is new for that beast? He?s so tough. The quad is healthy now.

“Personally, I just want what?s best for Rob. I said, ?Rob, take your time. Do what you believe in.? He?s already the all-time greatest tight end. He?s a first-ballot Hall of Fame. There?s never been a tight end like this guy. The sky?s the limit for him. If he comes back to play, fantastic. I honestly don’t know. I’m waiting to see like everybody else.”

From ESPN's NFL Live: @WendiNix_ESPN asks @RosenhausSports about @RobGronkowski's career intentions, with Drew Rosenhaus saying a decision has yet to be made but that Gronkowski is healthy. pic.twitter.com/M9NmsMEJR0

With NFL free agency opening Wednesday and the league’s legal tampering period already underway, the Patriots surely would like to know as soon as possible whether Gronkowski plans to retire or return for another season. 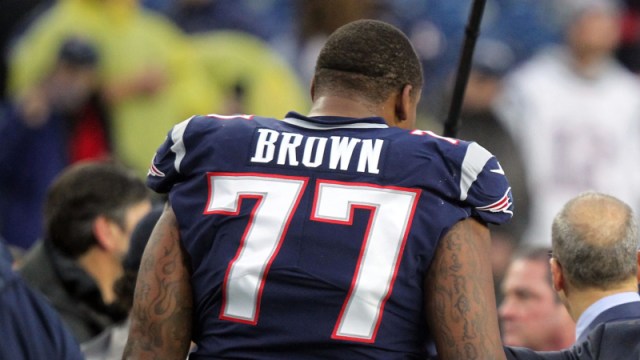