Michael Bennett is excited to join the New England Patriots, and not just for football reasons.

The 33-year-old pass rusher, whom the Patriots reportedly acquired in a trade that will be made official Wednesday, isn’t shy about his political and social justice beliefs. Bennett is a vocal critic of United States President Donald Trump (believing he’s hostile toward people of color), has published a book titled “Things That Make White People Uncomfortable” and previously has knelt during the playing of the national anthem, both to support exiled quarterback Colin Kaepernick as well as to protest perceived racial inequality.

Fair or not, many feel Bennett’s views are at odds with the views of the Patriots’ power trio: owner Robert Kraft, head coach Bill Belichick and quarterback Tom Brady. Whether all three remain (or ever truly were) hardcore Trump supporters is difficult to know, but the evidence — “MAGA” hat in Brady’s locker, Belichick’s letter to Trump before 2016 Presidential Election and Kraft’s praise for the 45th president’s work ethic — suggests at least a tacit approval.

And that’s fine, as everyone is entitled to their own political beliefs — despite the efforts of some people.

In any case, Bennett is looking forward to discussing these issues with the Patriots.

“I think it’s important not to to run away from those conversations, or not hear their ideas about why they think the way they do,” Bennett said Monday during an appearance at Princeton University’s Richardson Auditorium, via ESPN’s William C. Rhoden.

The Patriots are a notoriously tight-lipped organization. So, it will be interesting to see whether the outspoken Bennett meshes or clashes with New England’s locker room. At first glance, it seems like anything but a match made in heaven.

But hey, sometimes dissenting opinions open new, healthy paths toward getting on the same page. 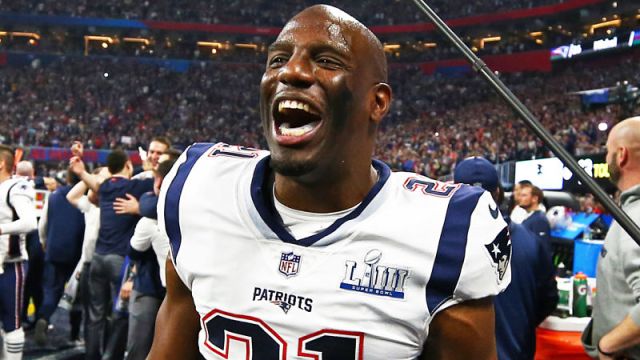