Patriots Schedule Analysis: Thoughts On Each Matchup Of 2019 Season - NESN.com Skip to content

The New England Patriots’ 2019 schedule officially was released Wednesday night. Here’s an in-depth look at each game (all times ET):

Week 1: vs. Pittsburgh Steelers (Sunday, Sept. 8, 8:20 p.m.)
The Patriots will begin their Super Bowl LIII title defense against a Steelers squad that, for the first time in years, features neither Antonio Brown nor Le’Veon Bell. Ben Roethlisberger’s still around, though, and with the likes of James Conner and JuJu Smith-Schuster by his side, Pittsburgh’s offense should remain explosive.

Many predicted the newly relevant Cleveland Browns would be New England’s Week 1 opponent, but the league opted to save that matchup for later in the year. This marks the first primetime regular-season Patriots-Steelers meeting since the 2015 opener, which also featured a Super Bowl banner raising.

Week 2: at Miami Dolphins (Sunday, Sept. 15, 1 p.m.)
In recent years, the Patriots’ schedule has been backloaded with divisional games. Not so this time around. A Week 2 reunion with Brian Flores — and the three other Patriots assistants he took with him to Miami — kicks off a stretch of three consecutive AFC East tilts in September.

The 2019 Dolphins are expected to be one of the worst teams in the NFL, but the Patriots always seem to struggle when playing in Florida. They’ve dropped five of their last six road games against the Dolphins — including the stunning Miami Miracle defeat last December — and also lost to the Jacksonville Jaguars last season in a historically hot Week 2 matchup.

Week 4: at Buffalo Bills (Sunday, Sept. 29, 1 p.m.)
Speaking of free agent spending, Buffalo brought in a slew of new weapons for second-year QB Josh Allen (wideouts John Brown and Cole Beasley, running back Frank Gore, tight end Tyler Kroft) and also upgraded at center by signing Mitch Morse. Will that be enough to bring Buffalo its first win over a Tom Brady-led New England squad since 2011? We shall see.

Week 5: at Washington Redskins (Sunday, Oct. 6, 1 p.m.)
It’s anyone’s guess who starts at quarterback for the Redskins in this game, which will be the Patriots’ final 1 p.m. kickoff until mid-December. That’s right: New England has a whopping eight consecutive games with post-4 p.m. start times.

Also of note: Weeks 4 and 5 are the only back-to-back road games on the Patriots’ schedule. They had three such stretches last season.

Week 6: vs. New York Giants (Thursday, Oct. 10, 8:20 p.m.)
The Patriots’ lone Thursday night affair likely will feature the final meeting between Brady and Eli Manning. Watching Saquon Barkley in action should be a treat, too.

Week 7: at New York Jets (Monday, Oct. 21, 8:15 p.m.)
Last season, the first Patriots-Jets game wasn’t until Week 12. This year, they play twice in the first seven weeks. New England will enjoy an 11-day break before this one.

Week 8: vs. Cleveland Browns (Sunday, Oct. 27, 4:25 p.m.)
Cleveland’s much-hyped visit to Foxboro finally arrives a few days before Halloween and, surprisingly, this game won’t be in primetime, likely due to protection by CBS. The Browns fell just short of their first playoff berth since 2002 last season before adding superstar receiver Odell Beckham Jr. to a talented young core that already featured the likes of Baker Mayfield, Jarvis Landry, Nick Chubb and Myles Garrett.

Week 9: at Baltimore Ravens (Sunday, Nov. 3, 8:20 p.m.)
This will be the Patriots’ first game against a team that qualified for the postseason last year. Baltimore lost several key pieces from its top-ranked 2018 defense (Mosley, Terrell Suggs, Za’Darius Smith, Eric Weddle), and its offensive success will depend heavily on the development of quarterback Lamar Jackson, who was more runner than passer as a rookie.

Week 12: vs. Dallas Cowboys (Sunday, Nov. 24, 4:25 p.m.)
America’s Team traveling to Gillette Stadium is a network executive’s dream, even if these storied franchises don’t have much history together.

Week 13: at Houston Texans (Sunday, Dec. 1, 8:20 p.m.)
Deshaun Watson lost by three and seven points in his first two meetings with the Patriots, both of which came on the road. Round 3 takes place at NRG Stadium — the site of New England’s Super Bowl LI comeback — in primetime and could have a significant impact on playoff seeding.

Week 14: vs. Kansas City Chiefs (Sunday, Dec. 8, 4:25 p.m.)
Speaking of playoffs, Patriots fans will have to wait until early December for the rematch of last year’s epic AFC Championship Game. Both Brady-Patrick Mahomes matchups last season were instant classics, with New England prevailing 43-40 at home in Week 6 before scoring a 37-31 overtime win at Arrowhead Stadium to advance to Super Bowl LIII.

Week 15: at Cincinnati Bengals (Sunday, Dec. 15, 1 p.m.)
The Patriots’ string of late kickoffs finally ends with this visit to Cincy, which made the long-overdue move from Marvin Lewis to new head coach Zac Taylor this offseason. After a stretch of six straight games against playoff-quality opponents (broken up by the bye week), the degree of difficulty is ratcheted down in these final three weeks.

Week 16: vs. Buffalo Bills (Saturday, Dec. 21 or Sunday, Dec. 22, time TBD)
The Patriots close out their schedule with back-to-back divisional home games for the fourth straight year. This one could be flexed to Saturday. 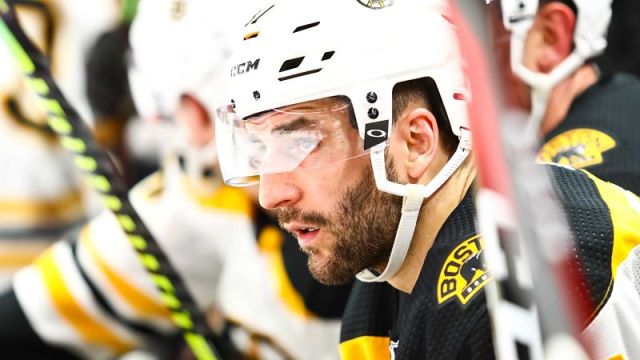 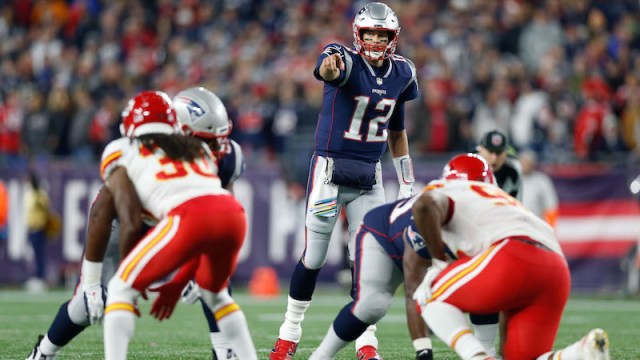