Judge, 37, will have help in the kicking game from Cameron Achord, who is entering his second season as the Patriots’ assistant special teams coach.

?It will definitely be challenging,” Judge said. “The best thing we have now is we have very good support. Cam Achord does a tremendous job. We have great assistants on the offense. There?s great support from the top on down with Coach (Bill) Belichick, with (offensive coordinator) Josh (McDaniels).

“The biggest thing I can do to help the team right now is to stay organized and diligent to make sure I am taking care of all my responsibilities to help the team. Make sure they are prepared the best they can be.?

Judge’s new position group will be squarely in the spotlight once organized team activities begin later this month.

Julian Edelman, Phillip Dorsett and special teamer Matthew Slater return from last season, as do Braxton Berrios and Damoun Patterson, neither of whom appeared in a game in 2018. Josh Gordon also would rejoin the mix if his indefinite suspension is lifted.

“I think Josh will identify the strengths of our offense, and he’ll look to go ahead and build it around what we can do well,” said Judge, who played quarterback at Mississippi State before beginning his coaching career. “We’re going to try to use everyone the best we can. … We’re looking for smart, tough, dependable players, and if you fit that category, 5-(foot)-9 or 6-3 isn’t the biggest factor.”

The most intriguing addition is Harry, the first receiver drafted by the Patriots in the first round during the Belichick era. A contested-catch master and dangerous runner after the catch, Harry stands 6-2, 228 pounds and is coming off back-to-back 1,000-yard seasons at Arizona State.

?I think we?re excited to have him here, to become part of our team,” Judge said. “He?s working hard right now to learn and get on page. I think the one thing these rookies figure out right away is when they get here, there?s a tremendous amount they have to learn. …

“The best thing he?s done so far is shown a very good work ethic and attitude to come on in and embrace what we?re telling him right now. It has been a very short window at this point where we?ve been able to work with him here, but I am very excited to work with him and any other receiver we have.? 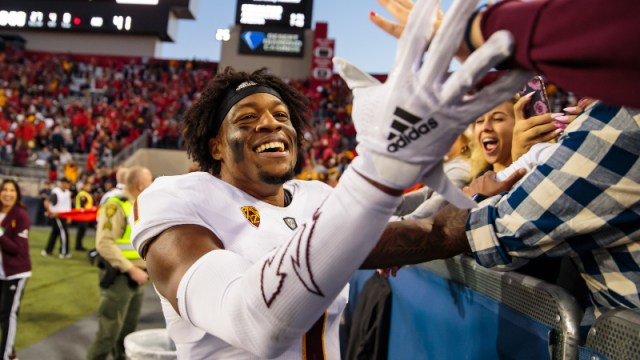 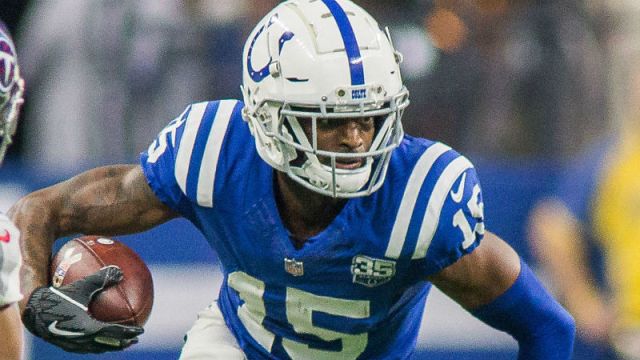