The Red Sox swept their three-game series against the Kansas City Royals thanks to a 7-5 victory at Kauffman Stadium on Thursday, but their pitching staff certainly made things interesting down the stretch.

Boston used seven pitchers to get through the series finale, with Ryan Weber getting the start. Red Sox pitchers gave up a combined 14 hits and five runs, but Boston’s bats ultimately saved the day with seven runs on nine hits.

It wasn’t the prettiest outing for Boston’s pitching staff, but it certainly wasn’t the worst.

ON THE BUMP
— Thursday marked Weber’s third start in his six games with the Sox in 2019. After a solid first inning, however, the righty got into trouble in the second.

Cheslor Cuthbert got things started for Kansas City with a solo home run.

— Colten Brewer came in to do some damage control in the second. He was able to get the Sox out of a one-out jam by getting the final two outs of the inning, forcing Kansas City to leave two runners in scoring position.

But the righty got into some trouble of his own in the fourth, allowing the Royals to load up the bases before getting yanked by Alex Cora. Brewer ended the day with two hits, two strikeouts and one walk through two innings pitched.

— Marcus Walden relieved Brewer in the fourth and struck out the side to get Boston out of another jam. He returned to the mound for the fifth, but would give up a solo shot to Jorge Soler with one out in the inning.

He’d complete the remainder of the inning unscathed.

— Ryan Braiser entered the game in the sixth, nearly allowing the game-tying run to score. But Braiser struck out the side to end the inning, with two Royals left in scoring position yet again.

— Josh Taylor took the mound for the seventh in his third game with the Sox. The lefty gave up a solo home run to Alex Gordon, but sat down the next three batters in a row.

He would last just one batter into the eighth before he was pulled.

— Heath Hembree was handed the ball for the eighth. Despite inheriting a runner at second, he sat all three batters he faced without allowing a run to score.

— Matt Barnes came in to close out the game for the Sox in the ninth, but wouldn’t pitch a clean inning. Barnes gave up a one-out double to Soler, allowing Gordon to score all the way from first. The righty eventually struck out the side to end the game.

IN THE BATTER’S BOX
— It didn’t take long for Boston to get on the board Thursday.

Mookie Betts provided the Sox their first runs with a two-run dinger in the third to tie the game at two.

Rafael Devers’ bat was on fire early as well, knocking in the Sox’s third and fourth runs of the day with a double up the middle.

— J.D. Martinez exited the game in the fifth inning with back spasms. Sam Travis replaced in the lineup.

— The Sox wasted an opportunity to tack on more runs with men on first and second in the sixth, unable to advance the runners.

— Christian Vazquez’s hot streak continued in the seventh, lacing a two-run triple into center field to give Boston a 6-3 lead.

The Sox’s seventh run of the game scored on a wild pitch that same inning.

TWEET OF THE DAY
Pete Abraham definitely has a point here.

Royals intentionally walk Devers to get to Vazquez and he splits two outfielders with a a nice easy 84-mph triple.

UP NEXT
The Sox will kick off a four-game series against the Tampa Bay Rays at Fenway Park on Friday, with Rick Porcello slated to take the mound in the Game 1. First pitch is set for 7:10 p.m. ET. 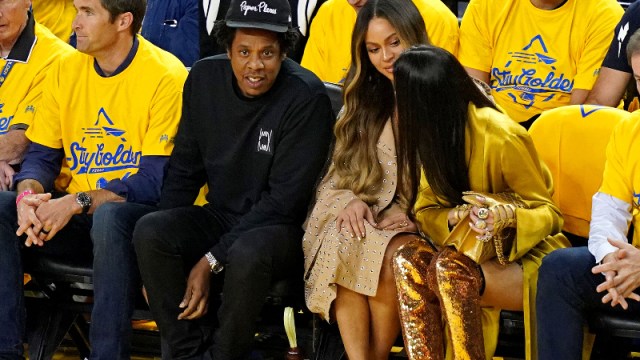 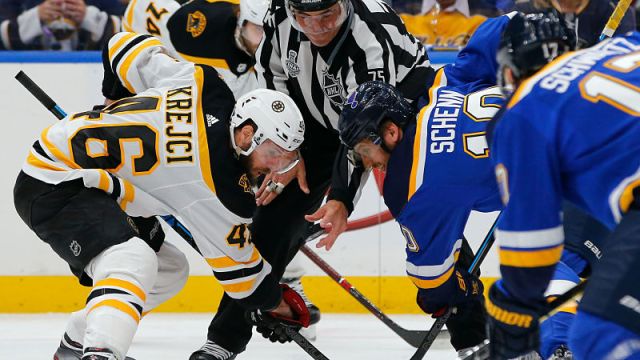