The Red Sox are in the final week of what’s been a lackluster 2019 season, but there has been one specific player who has been a constant bright spot for Boston.

Rafael Devers has shined at the plate all year for the Sox and continued that trend Saturday in his team’s 5-4 extra-inning loss to the Tampa Bay Rays on Saturday night.

The 22-year-old already became just the second third baseman in Major League Baseball history to amass 30 home runs and 50 doubles in a season, while he and teammate Xander Bogaerts became the first duo ever to hit more than 30 dingers and 50 two-baggers.

And Devers on Saturday added to his impressive résumé when he blasted a two-run home run in the top half of the eighth to tie the game at 4-4. The round-tripper marked his 31st of the season, making it the most home runs in a season hit by a Red Sox third baseman.

Check out the impressive list below of other third basemen who have hit 30 in a season.

Most HR in a season by a Red Sox third baseman:

Alex Cora voiced his excitement for his young player after the game.

“It’s fun. It’s fun,” the manager said on NESN’s Red Sox postgame coverage. “I’ve been saying all along he did an outstanding job in the offseason to get in shape, to be ready for the grind. … Other people were doubting him and he stayed with the process, controlled the strike zone. He struggled defensively early, he made some adjustments and we got the final product. We’re very proud of him.

As for Devers, he didn’t know about the record he broke until he was asked about it.

“No, this is actually the first time I’m hearing this,” Devers said through his interpreter, as seen on NESN’s Red Sox postgame coverage. “It’s pretty cool, but obviously it’s a record I broke now but there’s more records I want to continue to break. So it’s just about trying to stay healthy and moving forward trying to break as many records as I can.”

— Bogaerts also homered in the loss, putting him at 32 for the season. So, does he have a little friendly competition going on with Devers to see who can hit the most home runs this season?

— Brandon Workman continued to be a force out of the bullpen, picking up two strikeouts in a hitless, scoreless 10th inning. His ERA now is at 1.95.

— Travis Lakins, Ryan Weber, Andrew Cashner and Matt Barnes all had at least two punch outs out of the bullpen. 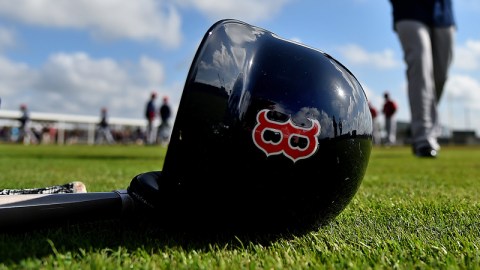