An old friend helped fire up the New England Patriots and their fans Thursday night.

Rodney Harrison returned to Foxboro for a momentous occasion, as the former safety was honored as the latest inductee into the Patriots Hall of Fame. But prior to the ceremony at Gillette Stadium, Harrison was tasked with opening the Patriots’ locker room door as they made their way onto the field for their Week 6 tilt with the New York Giants.

Tom Brady, as he often is, was the first Patriot to emerge from the locker room, and the star quarterback couldn’t help but wrap up his former teammate with a bear hug.

Harrison, a two-time Super Bowl champion and two-time Pro Bowl selection, surely must like what he’s seen from his former team’s defense thus far, and the unit is primed for another big performance against the Giants. Maybe another game filled with eye-opening stats will force Harrison to reevaluate his pick for the NFL’s best defense. 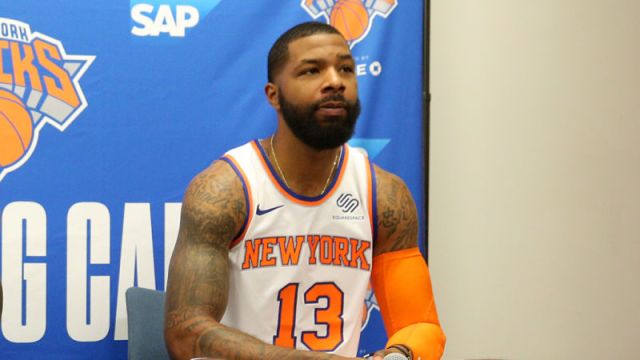