FOXBORO, Mass. — Stephon Gilmore faced his most difficult test of the season Sunday night and passed with flying colors.

Gilmore also tallied his fourth interception of the season and broke up a pass in the end zone to headline another dominant performance by New England’s top-ranked defense.

“This was another great effort by Steph,” Patriots coach Bill Belichick said. “He just works and prepares so hard for his matchups every week, and takes those as such a personal challenge. Obviously, this is a very good group of receivers, and a great quarterback (Dak Prescott) and a great offensive line. But Steph?s as professional as they come. He knows the opponents inside out, and his matchups, and the overall scheme and how to best play based on what our call is and what the situation is and so forth. He does a great job of that, so certainly a good day for him.”

Asked after the game whether he was confident he’d be able to shut down Cooper, who entered Week 12 ranked fourth in the NFL in receiving yards and tied for fourth in touchdown catches, Gilmore simply replied: “Yeah.”

“Because I believe in myself,” he said. “I put the work in every day, and I know what I can do.”

Cooper has been one of the league’s most productive wideouts since the Oakland Raiders traded him to the Cowboys midway through last season. Sunday’s game marked just the second time in his career he played 20-plus offensive snaps and finished without a catch. (He did tally one reception late in the third quarter, but it was called back for a holding penalty.)

“He’s good,” said Gilmore, who’s known for speaking honestly about opposing receivers after vanquishing them. “He’s a good player, quick. He’s one of the best receivers in the league. But I’m confident in myself.”

Over the last six games, Gilmore has allowed just 12 catches on 32 targets for 121 yards with three interceptions and seven pass breakups, according to Pro Football Focus. He has yet to allow a touchdown pass this season.

“Steph is the best corner in the league,” safety Duron Harmon said. “He’s consistently proven that week after week. We’ve put him on whoever, and he goes out there and plays well. We knew he was going to play well today, and he’s a big reason why we won the game.”

The uber-competitive Gilmore still found ways to nitpick his performance, however.

He lamented the fact Cooper even had a chance to make a catch on fourth-and-11 late in the game — replays showed the ball hit the ground before the diving wideout could possess it — saying he knew which route Cooper was running. Later, the reigning first-team All-Pro kicked himself for not intercepting the pass he broke up near the goal line, which helped shut down one of Dallas’ few legit scoring chances.

“It was a tough catch,” said Gilmore, who switched off Cooper on the play to undercut a throw to tight end Jason Witten. “But I should have made that catch, too.? 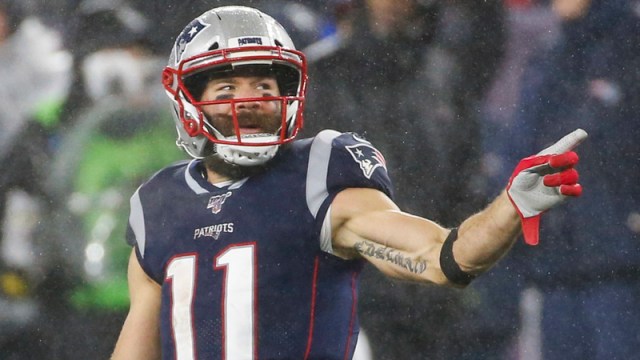 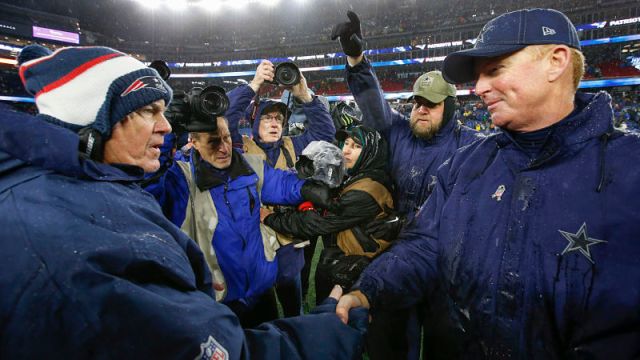 Were Cowboys Outcoached By Patriots? Jerry Jones Offer His Take