The Red Sox’s season-opening series against the Orioles didn’t necessarily go as planned.

Boston dropped two of its three games against Baltimore at Fenway Park this weekend, including Sunday afternoon’s 7-4 loss. Ryan Weber earned his first loss of the season after pitching less than four innings, a stark contrast to the success he saw during spring training and Summer Camp.

In most other years, a series like this would be a simple blip on the radar. But things are different in 2020 due to COVID-19. Thanks to the pandemic and some lengthy negotiations between players and owners, Major League Baseball trimmed its regular-season schedule significantly from 162 games to 60.

With all this in mind, games now mean more than ever. And dropping a series to a team like the O’s, which typically lose more games than they win, is even more unacceptable now than it has been in the past.

And, as Christian Vazquez noted after the game, every game matters in a condensed season like this.

Vazquez has a point. Boston recorded six runs on 16 hits in its back-to-back losses to Baltimore, stranding 13 men on base in the process. Their failure to bring runners home could pose a major problem for the team down the road should they fail to fix it, and with 57 games left in the regular season, there’s not much time to do so.

But will the Sox’s luck change when they visit the Mets come Monday? Only time will tell.

Here are some more notes from Sunday’s Orioles-Red Sox game:

— Rafael Devers finally got the monkey off his back.

After going 0-for-11, the 23-year-old finally recorded his first of the season with a double to right field in the sixth. He scored his first run of the season just one batter later on a Xander Bogaerts single.

But, as manger Ron Roenicke noted, Devers can get a bit carried away from time to time.

“He gets overaggressive, no question,” he said. “… When he struggles some, it’s because he’s going out of the zone too much. … So, no question, that’s going on. He knows it, he also knows he needs to stay aggressive to come out of this and start hitting the way he’d like to.”

— Weber, however, was not as successful.

The righty earned the loss in Sunday’s contest, giving up six runs off six hits in just 3 2/3 innings, including two home runs and three walks. His ERA now sits at a whopping 14.73.

“Definitely first game jitters, you know how I’ve been pitching,” Weber said after the game. “… Up until now, I’ve felt good. Even in the bullpen, I felt good. And then I just got out there and just couldn’t command my fastball, threw a couple good chang-ups and a couple good sliders, but overall the command was not there. You know, that’s something I’m not used to. But I have to figure out a way to get better and know what to do when I’m not commanding the baseball to keep the team in the game.”

— The Red Sox will send Josh Osich to the mound for Monday’s series opener against the Mets. New York, meanwhile, will send newcomer Michael Wacha to the mound. 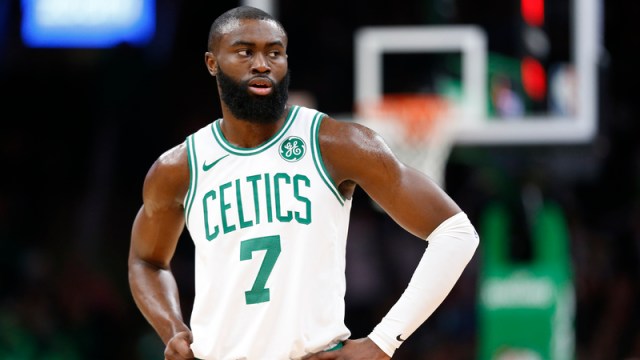 Celtics Not Surprised By Jaylen Brown’s Dominance In Second Scrimmage 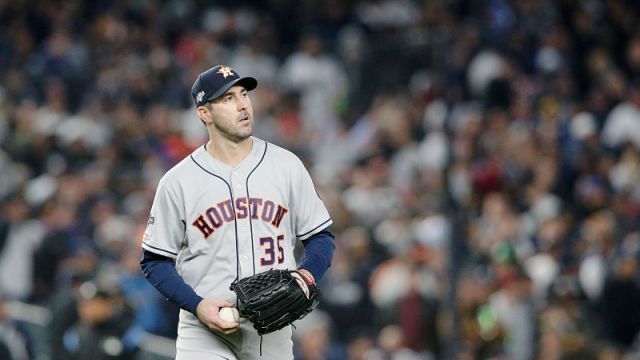