The clubs got through 4 1/2 innings before inclement weather forced them to call it after a short delay in the bottom of the fifth.

Unfortunately, it was enough time for the Blue Jays to go up two runs over the Red Sox in the top of the fourth for the abbreviated 2-0 win. Fortunately, it doesn’t count!

GAME IN A WORD
Short.

This one goes without saying, as just half of the scrimmage was played before rain swept in. Not ideal, as these guys likely were hoping to get as much game-situation prep in before the abbreviated season starts Friday.

ON THE BUMP
— Newcomer Zack Godley started the game for Boston tossing the first three frames. He gave up no hits or runs, walked a single batter and struck out two before his day was over.

— Brian Johnson took over in the fourth and couldn’t keep the shutout alive. The left-hander gave up a home run to Vladimir Guerrero Jr. that scored Cavan Biggio and made it 2-0.

Vlad crushed ANOTHER ball out of Fenway Park ? #PLAKATA pic.twitter.com/5OANFPT3aB

Johnson finished out the inning, giving up two runs and as many hits with a walk and two K’s.

IN THE BATTER’S BOX
— The Boston bats were quiet in the shortened game, with only Xander Bogaerts and Kevin Pillar recording hits in the forth and third inning, respectively.

— Notably, Andrew Benintendi led off the game once again.

One more before the real thing.

TWEET OF THE GAME
A fun reminder that the next time the Red Sox trot out for a game, it will actually count.

UP NEXT
The Red Sox begin their abbreviated season Friday, July 24 against the Baltimore Orioles at 7:30 p.m. ET from Fenway Park. 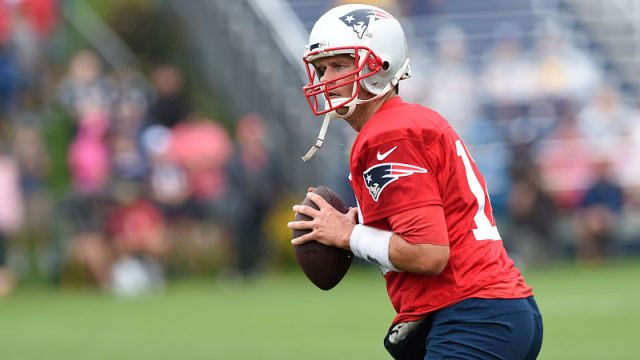 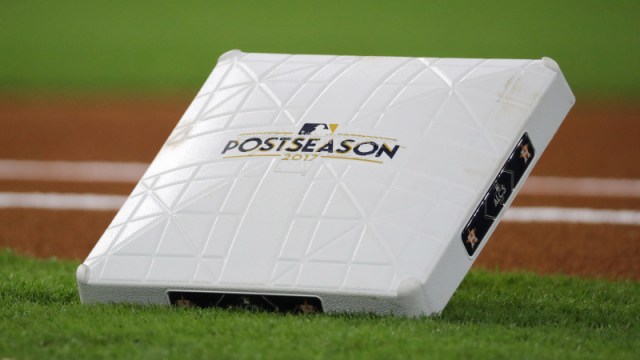 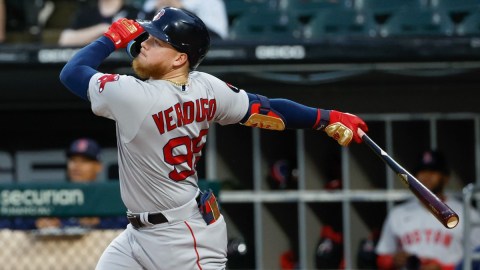 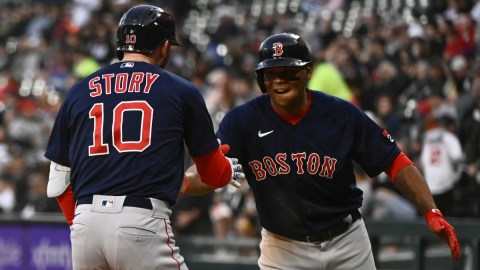