Andrew Benintendi’s season is over.

The Boston Red Sox announced before Tuesday’s doubleheader against the Philadelphia Phillies that Benintendi has been transferred to the 45-day injured list.

Red Sox manager Ron Roenicke later confirmed to reporters ahead of the twin bill that Benintendi has been shut down for the remainder of the 2020 campaign.

Benintendi has been sidelined with a strained right rib cage since Aug. 11. He suffered the injury while running the bases.

“I know he was looking forward to having a good year this year after last season,” Roenicke said. “Hopefully, that’s just delayed and he’ll come out next year and play well.”

Benintendi, the seventh overall pick in 2015, quickly soared to the top of prospect rankings before debuting with Boston in 2016. He finished second to New York Yankees slugger Aaron Judge in American League Rookie of the Year voting in 2017, then put together a solid sophomore season in 2018 before a major drop in production in 2019.

This basically amounts to a lost season for Benintendi, who’s under club control through 2022. It didn’t make sense for the Red Sox to push him over the final few weeks, though, as Boston currently owns one of the worst records in Major League Baseball. 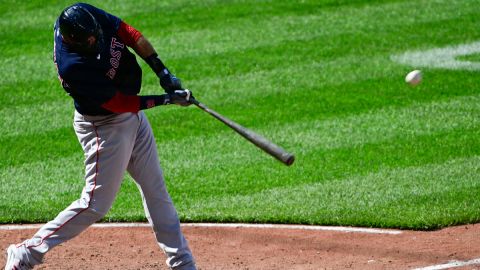