Cam Newton was awfully impressive in his Patriots debut this past Sunday afternoon.

Nate Burleson believes the star quarterback is just getting started.

Newton was efficient through the air in New England’s 21-11 win over the Miami Dolphins, completing 15 of 19 pass attempts for 155 yards. But he really dazzled with his legs, rushing for 75 yards and two touchdowns on 15 carries.

The three-time Pro Bowl selection’s Week 1 performance was impressive any way you look at it, but even more so when you consider he’s only been with the Patriots for roughly two months. Burleson is confident Newton will improve with each passing week, and he believes the veteran signal-caller is capable of leading New England to football’s proverbial mountaintop this season.

“…This was great, for Cam Newton not to have to throw the ball and lead his team in rushing,” Burleson said Monday on NFL Network’s “Good Morning Football.” “Keep this in mind, too, moving forward. Out of all the starting quarterbacks, Cam has had the least amount of time to learn the playbook. Now, imagine what he’s going to look like in four weeks, in eight weeks, in November, December. Cam can easily win a Super Bowl this year and I mean that with all sincerity.”

It’s fair to assume Newton’s grasp on the Patriots’ offensive schemes will grow stronger as the season unfolds, but that only will matter if the QB stays on the field. Many football fans and media members alike left Dolphins-Patriots wondering if New England’s plan for Newton is sustainable, as the 31-year-old is coming off a pair of season-ending injuries and would be served well by not taking a beating each week.

We’ll see how the Patriots utilize Newton on Sunday night when they visit Seattle for a primetime matchup with the Seahawks. 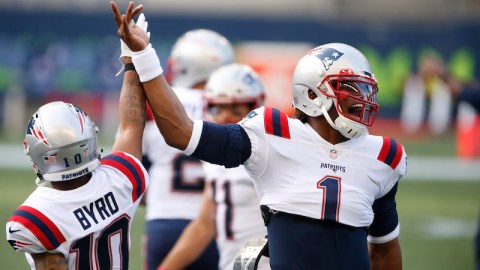 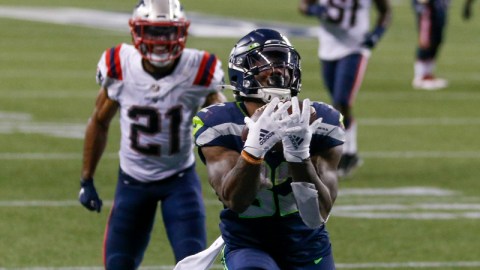