Patriots Lose Most Winnable Game With Highest Degree Of Difficulty To Chiefs - NESN.com Skip to content

No one, rightfully, gave the New England Patriots a fighting chance to win Week 4 against the Kansas City Chiefs without starting quarterback Cam Newton.

The Patriots found out Newton wouldn’t play Saturday. Their game was rescheduled, and they had to wake up at the crack of dawn, take a couple of COVID tests and fly to Kansas City on two planes day-of for the Monday night game. And that all was while they had to adjust their offensive gameplan without the benefit of a single practice.

But the Patriots have a comedy of errors — not any external factors — to blame for the 26-10 loss. And they very easily could have won this game in a number of different ways without Newton.

The Patriots dropped two costly interceptions. Replacement starting quarterback Brian Hoyer thought the Patriots had a timeout as he ate a sack in the red zone to run out the clock before the Patriots could kick a field goal at the end of the first half. He was later strip-sacked in the red zone just before being benched for Jarrett Stidham.

The Patriots got absolutely hosed when linebacker Shilique Calhoun very obviously intercepted Patrick Mahomes. The officials saw it another way. They thought Mahomes either was down or in the grasp for a sack. We don’t know. They never told us what they saw on the play. The Patriots didn’t call a timeout or challenge (it probably wouldn’t have accomplished anything anyway) before the Chiefs could sneakily punt the ball away.

It went on and on.

Jarrett Stidham threw a pick-six when a ball careened off of Julian Edelman’s hands and into defensive back Tyrann Mathieu’s arms with nothing but wide open field in front of him.

The Patriots didn’t shoot themselves in the foot. They fired a cannon into one cleat while the refs dropped a grenade on the other.

The Patriots defended the Chiefs about as well as they possibly could have if you take away the hot potato they played on potential turnovers and the costly penalties. They limited Mahomes to 236 yards passing and running back Clyde Edwards-Helaire to just 64 yards.

Mahomes, Kelce and Tyreek Hill didn’t beat the Patriots. This was simply one of those games.

It was a winnable game in the toughest circumstances against the NFL’s best team. 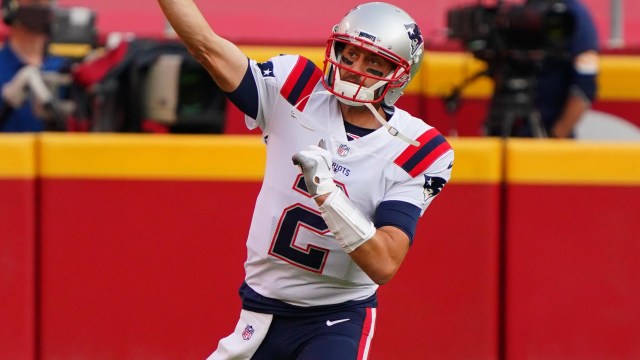 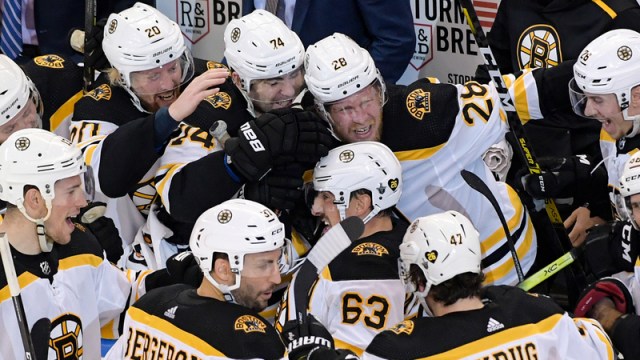