Kyler Murray is operating at less than 100 percent as he prepares for Sunday’s New England Patriots-Arizona Cardinals clash at Gillette Stadium.

The Cardinals’ young star quarterback was limited in practice Tuesday as he recovers from a shoulder injury suffered during last Thursday’s loss to the Seattle Seahawks.

Arizona coach Kliff Kingsbury was asked Wednesday whether he’s confident Murray will be healthy enough to play this week against New England.

“We’re going to see today how he progresses,” Kingsbury said in a conference call with New England reporters. “I feel positive, but we want to make sure he’s feeling able to play his game and play at a high level and do the things that he feels comfortable doing out there. So we’ll see how today goes and kind of take it from there.”

Murray called his limitations “precautionary” when speaking with reporters Tuesday.

“I feel good,” he said, via the Cardinals’ official website. “Obviously got nicked up a little bit the past couple weeks, but I feel good. I feel fine.”

Murray, last year’s No. 1 overall pick and Offensive Rookie of the Year, has piloted the Cardinals to a 6-4 record this season. He’s shown significant improvement as a passer (68.3 percent completion rate, 19 touchdowns, eight interceptions, 7.5 yards per attempt, 98.7 passer rating) and is one of the NFL’s top rushing threats, leading the league in yards per carry (6.7) and ranking second behind Dalvin Cook in rushing touchdowns (10).

The Patriots have faced top-tier mobile quarterbacks in each of their last two games. They succeeded in limiting Baltimore’s Lamar Jackson but were shredded by Houston’s Deshaun Watson, who accounted for 380 of his team’s 399 yards Sunday in a 27-20 Texans win.

If Murray cannot suit up this weekend, the Cardinals would turn to backup Chris Streveler, an undrafted rookie who won the Grey Cup with the CFL’s Winnipeg Blue Bombers last season.

“Strev has been impressive since he got here,” Kingsbury said. “His preparation, his attention to detail, the way he attacks every drill in practice. Every opportunity he had in training camp, he really took advantage of. It was tough for him not having preseason football — I think that would have really been good for him — but we felt like he really played at a high level in practice and proved to us that he can be effective if called upon.” 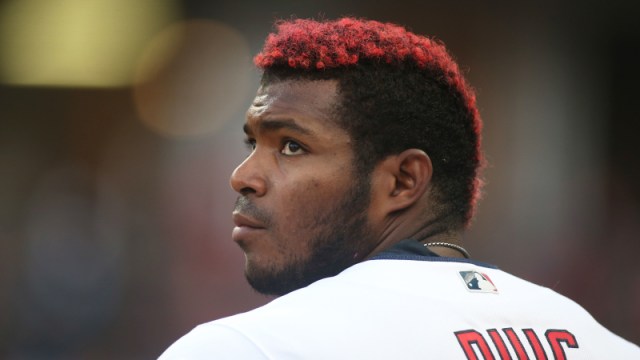 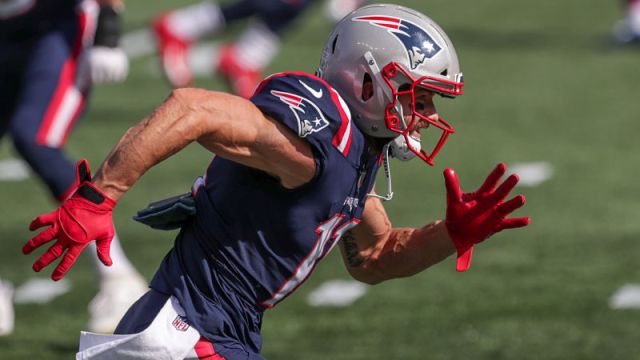