The time finally has come: the Boston Bruins are back.

Things look a bit different this year with realigned divisions to reduce travel during the COVID-19 pandemic. The Bruins also will look different, particularly on the blue line.

You’ve certainly heard by now that Zdeno Chara (Washington Capitals) and Torey Krug (St. Louis Blue) left in free agency, and Boston now will give its young depth a decent look to see what it has in these players.

Craig Smith joins the group of forwards, and it’s likely Jack Studnicka will start the season on the top line in David Pastrnak’s absence.

Before the puck drops at 7 p.m. ET, let’s take a quick look at the two games ahead for the B’s: 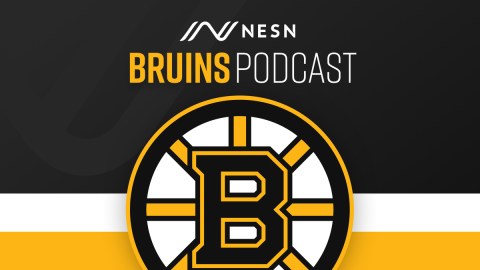 What Bruins fans need to know
The Devils were busy this offseason, but it’s probably fair to assume they won’t be able to compete in a strong, realigned East division. Their goalie tandem looked as if it was going to be pretty strong with MacKenzie Blackwood and Corey Crawdord, but Crawford surprisingly announced his retirement before the season started.

New Jersey find itself in arguably the toughest division in the NHL, but the Devils still boast talent in Jack Hughes, P.K. Subban and Blackwood. It’s just a matter of the Devils being patient during a shortened season.

Who Bruins need to look out for
Jack Hughes — If nothing else, the 2019 No. 1 overall NHL Draft pick will be entertaining to watch, but he certainly needs to improve upon last season (seven goals, 14 assists) if he wants to give his team even a fighting chance to win. Yes, he’s only 19 and has plenty of room to grow, and this may be the best season to do so.

MacKenzie Blackwood/Scott Wedgewood — Wedgewood now takes over for the two-time Stanley Cup champion Crawford. He’s looked solid in training camp and could be a strong backup to Blackwood.

Blackwood led all rookies with 22 wins between the pipes last season and he’ll look to improve upon that this year. It will be no easy task to begin the season against the Bruins, who have players like Craig Smith and Anders Bjork who aren’t afraid to shoot, coupled with Brad Marchand and Patrice Bergeron on the top line.

P.K. Subban — Subban’s 2019-20 season is one he’ll probably want to forget after ending it with a career low in points with 18. If the defenseman can return to form, though, he’ll be an asset to the blue line and a player the B’s will need to keep their eyes on.