Super Wild Card Weekend began with the Buffalo Bills holding off the Indianapolis Colts and ended with the Cleveland Browns upsetting the Pittsburgh Steelers.

Thus, we’re down to eight teams in the NFL playoffs, as the two No. 1 seeds — the Kansas City Chiefs and Green Bay Packers — will join the six winners this week in what should be a fascinating divisional round.

NESN.com’s pigskin prognosticators Mike Cole, Ricky Doyle and Andre Khatchaturian have been making their fearless against-the-spread picks throughout the 2020 season. Why would they stop now?

Mike is tending to more important matters this week — his wife just had a baby! — but Ricky and Andre are here to break down their ATS selections ahead of the four-game slate.

First, here’s how the guys fared in the wild-card round (and the regular season).

Now, here are their picks for the divisional round, with all lines via consensus data.

Saturday, Jan. 16
Los Angeles Rams at Green Bay Packers (-6.5), 4:35 p.m. ET
Ricky: Packers. The Rams obviously hope to turn this into a rock fight, leaning on their elite defense and an effective rushing attack to slow the Packers’ high-powered offense. But Green Bay has the fewest giveaways and the best third-down conversion percentage in the NFL, suggesting it’ll be difficult for Los Angeles’ defense to manufacture the splash plays necessary to pull off an upset. Ultimately, the Rams’ offense is just too inconsistent, regardless of the quarterback, and it’ll be even tougher sledding with Jared Goff and his ailing thumb trying to overcome freezing temperatures at Lambeau Field.
Andre: Rams. Los Angeles has the ability to mitigate Aaron Rodgers because of its excellent pass defense. The Rams allowed the fewest yards per pass attempt in the NFL this season and made Russell Wilson look like a rookie in the wild-card round. They also can slow Green Bay’s running attack, as LA had the league’s highest expected points contributed by a rush defense this season, per Pro Football Reference. The Packers and Rams ranked first and second, respectively, in time of possession. However, Los Angeles has a higher chance of succeeding on the ground, eating up clock and keeping the ball away from Rodgers. Green Bay is 23rd in expected points contributed by a rush defense.

Baltimore Ravens at Buffalo Bills (-2.5), 8:15 p.m. ET
Ricky: Ravens. Baltimore is averaging 262.2 rushing yards per game during its six-game winning streak, and that success on the ground will continue against Buffalo, which owns the second-worst run defense grade on Pro Football Focus. Mark Andrews also could be a problem for the Bills, who allowed the most receptions (92) and the second-most receiving yards (993) to tight ends during regular season, only to then get torched last week by the Colts’ tight ends. Meanwhile, the Ravens’ defense — ranked first in explosive pass rate against, per Sharp Football Stats — is fully capable of slowing Josh Allen and Co.
Andre: Ravens. I love everything Ricky said about the Ravens taking advantage of the Bills’ porous rush defense. It’s also important to note the Bills allowed the seventh-most yards per carry to quarterbacks this season. Lamar Jackson will have an easy time running the ball in this one. Plus, the Ravens’ defense is nothing to laugh about. Baltimore allowed the second-fewest yards per pass attempt, so it has what it takes to slow Allen.

Sunday, Jan. 17
Cleveland Browns at Kansas City Chiefs (-10), 3:05 p.m. ET
Ricky: Chiefs. Kansas City hasn’t covered since beating the New York Jets 35-9 as a 19.5-point favorite on Nov. 1, a stretch in which the Chiefs are 0-7-1 ATS. And Cleveland admittedly has a formula — namely a solid rushing attack fueled by an excellent offensive line — that could give the defending champions trouble. But this absolutely feels like a letdown spot after the Browns more or less won their Super Bowl last week in Pittsburgh. The Browns rank 22nd in expected points added (EPA) per dropback and 22nd in coverage via Pro Football Focus, which isn’t ideal when tasked with stopping Patrick Mahomes and the NFL’s most explosive passing offense.
Andre: Browns. Like Ricky mentioned, the Browns have a formula to keep this one competitive. They averaged 4.8 yards per carry this season, and if the Chiefs have one weakness, it’s their run defense. Kansas City ranked 25th in expected points contributed by rush defense, per Pro Football Reference. Resting their players in Week 17 also could come back to haunt KC, as that’s three weeks of no competitive action for the Chiefs. Rust will be an issue early. Combine that with the fact we’re playing in COVID-19 times and Arrowhead Stadium won’t be as loud as usual, and you have the recipe for a monumental upset.

Tampa Bay Buccaneers at New Orleans Saints (-3), 6:40 p.m. ET
Ricky: Bucs. New Orleans dominated the regular-season series, sure, but how much stock can we really put into a Week 1 matchup and another game when Antonio Brown wasn’t yet a factor in Tampa Bay’s offense? The Bucs are firing on all cylinders right now, which opens the door for this to remain a one-possession game. In which case, I trust the GOAT, Tom Brady, over his veteran counterpart, Drew Brees. Simple as that.
Andre: Bucs. Rome wasn’t built in a day, and neither were the 2020 Buccaneers. AB has provided a jolt that the Bucs’ offense didn’t really have in the teams’ first two matchups. He got his feet wet after a long layoff and now looks like his former self, with five touchdowns over the last four weeks. These two defenses both are elite and cancel each other out, but I like getting points with Brady here, especially with Saints defensive end Trey Hendrickson potentially missing the game due to a neck injury. Hendrickson had two sacks in the second regular-season meeting between these teams. 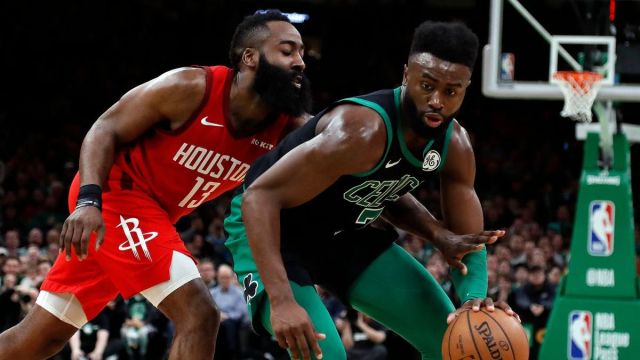 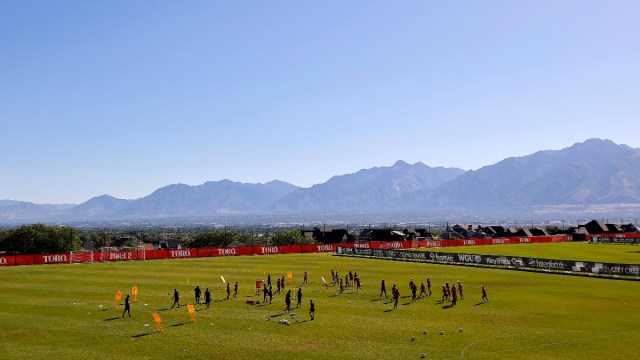