Are Buccaneers Keeping Lombardi Trophy Away From Rob Gronkowski? - NESN.com Skip to content

Is this by design?

You might recall Gronkowski famously dented the Lombardi Trophy the New England Patriots won when they beat the Los Angeles Rams in Super Bowl LIII, the result of an ill-advised bunt attempt while messing around at the Boston Red Sox’s 2019 Opening Day celebration.

“Yeah, that was dangerous how I dented that trophy. But I always blame that on (Patriots wide receiver) Julian (Edelman). He threw me the pitch,” Gronkowski said Monday. “I haven’t even touched the Lombardi Trophy yet. I’m not sure if it’s for a reason — if the Buccaneers organization is trying to keep it away from me. But it would be pretty cool just to even see it. I just saw it from about 30 yards away (Sunday), but I have not touched it yet. Hopefully I get to soon.”

Gronkowski definitely has a complicated relationship with championship hardware. He also nearly dropped a Lombardi Trophy during a 2017 rally in Providence to celebrate the Patriots’ fifth title, secured when New England defeated the Atlanta Falcons in Super Bowl LI.

Nevertheless, Gronk has big — albeit still in-flux — plans for when he finally holds his first Lombardi Trophy as a member of the Bucs, assuming the organization affords him the opportunity.

Maybe the Bucs should toss the trophy in some bubble wrap before handing it over, just to be safe. 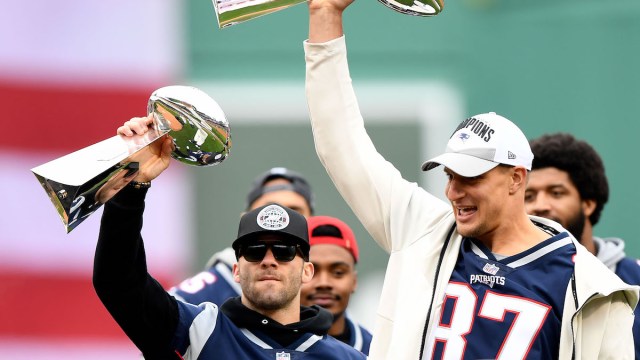 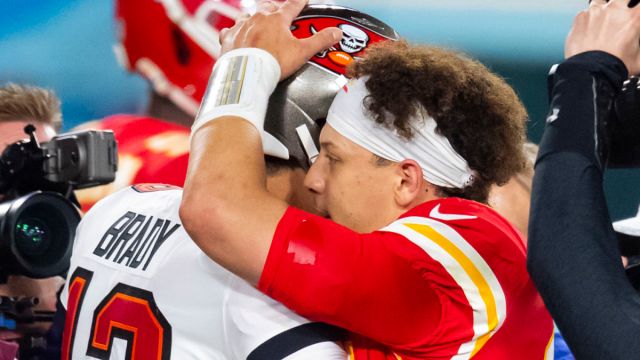