Patriots Mailbag: How Much Ground Did Pats Make Up In AFC East? Skip to content

The New England Patriots certainly improved this offseason, but what about the rest of the AFC East?

Let’s dive into that topic and answer many more pressing questions from Patriots fans in this week’s mailbag.

Watch above and read below for more.

@MilchRyno
Favorite/Least Favorite signings?
Remaining roster holes?
Moves still to be made?
I love it. Let’s get all the most pertinent questions out of the way first.

Great guy, great player, great fit in the offense. I know four years, $52.5 million is a lot to pay a tight end who has never produced 500 yards in a season. But he’s still only 25 years old, and by the end of that contract, $15 million might not be a massive cap hit for a top tight end.

Three other really good, solid signings: linebacker Kyle Van Noy, running back James White and defensive tackle Lawrence Guy. The Patriots needed to bring back that leadership and familiarity with so many new players coming on board.

It feels like the Patriots slightly overpaid Agholor and Godchaux on two-year contracts, and it seems unlikely the 2022 cap will skyrocket.

Remaining roster holes: Not many. Quarterback, another wide receiver, reserve offensive line and another quality depth defensive lineman are the biggest needs at this point.

Moves still to be made: Probably not a lot until the draft.

@Brian_OC100
What moves have our AFC East divisional rivals made that benefit them?
The Buffalo Bills kept offensive coordinator Brian Daboll, which was big, and they made what appears to be a slight upgrade from John Brown to Emmanuel Sanders. They were not overly active this offseason.

Overall, that seems like a slight net negative, especially at quarterback from Fitzpatrick to Brissett, though Miami obviously is hoping Tua Tagovailoa will be the starter in 2021.

The Patriots might not be able to catch the Bills, but they could pass the Dolphins, and the Jets probably have done enough to make up ground from 2021.

@Jacorey2_2
Good morning my good sir, Doug. What are you most excited about for this upcoming szn? #MailDoug
I’m most excited to see how all of the new pieces fit in. There are legitimate questions about on-field fit and how all of the personalities will jell in the locker room.

This will be an important year for veteran leaders like Guy, White, Devin McCourty, Dont’a Hightower, David Andrews and Julian Edelman to keep everything together.

@jack_tweeddale
If we stay at 15 and just take best player available, what do you think of Kwity Paye?s fit if we are running base 3-4? Where would he play for us. He seems smaller than our linemen we have now in Anderson and Guy
Michigan defensive end Kwity Paye definitely is smaller than players like Anderson and Guy, but the Patriots are willing to adjust their defense to fit the strength of their roster. He could be used how New England deployed Chandler Jones as a pure seven-technique defensive end. Otherwise, the Patriots would have to hope Paye could stand up on the edge as an outside linebacker or kick inside as a base five-technique defensive end.

Overall, he’d most likely be used early on in his career as a pass rusher on third down.

@szn_jones
How do the Patriots trade up to get a top four QB when it?s very possible that the first four teams all want to take a QB and even if not, Miami won?t want to trade with you. Is this the right way of thinking or no?
I would say the Jacksonville Jaguars are the only team guaranteed to take a quarterback. The Jets could choose to stick with Sam Darnold and see if he can improve in LaFleur’s offense. The Dolphins will likely stick with Tagovailoa at quarterback. The Atlanta Falcons could decide to keep rolling with Matt Ryan at QB.

I’d say the most likely scenario is two quarterbacks come off the board in the top four picks. So, then the Patriots could swoop up to No. 5, trade with the Cincinnati Bengals and land the No. 3 passer. That most likely would be Ohio State’s Justin Fields. It seems like Trevor Lawrence and Zach Wilson will be the top two quarterbacks taken. If Fields is gone at No. 5, then Trey Lance or Mac Jones could still be the pick.

@SeanB812
What are your realistic expectations (stats) for Cam Newton with this current team right now
That’s a really good question and creates a larger conversation of what’s Cam Newton’s upside at this point?

I think it’s realistic to believe that Newton could put up numbers similar to his 2018 season when he completed 67.9 percent of his passes for 3,395 yards with 24 touchdowns and 13 interceptions. He also carried the ball 101 times for 488 yards with four touchdowns that season. I would be very surprised if Newton’s numbers didn’t improve dramatically this season after the Patriots signed Smith, Agholor, Hunter Henry and Kendrick Bourne. He threw eight touchdown passes with 10 interceptions in 2020.

@mojo1566
How likely do you think it is that Bill drafts a different position other than QB with the first round pick? Part of me thinks he might lean that way to stay competitive in this 3-4 year window over trying to develop a young QB for a period when he might not be in NE.
I don’t think it takes that long to develop a quarterback in this day and age. Look at guys like Justin Herbert, Patrick Mahomes, Deshaun Watson, Kyler Murray and Lamar Jackson. They were really good in Year 1 or 2.

Josh Allen is really the only one who took longer, and he was a top QB in Year 3.

@Brian_OC100
Is there a non-QB player worth trading up for? (ie Sewell, Chase, Parsons, Surtain) Thanks Doug!
The top three wide receivers: Ja’Marr Chase, Jaylen Waddle or DeVonta Smith.

@TheHorntail
I see: a greatly improved defense, an offense with much better weapons that hinges on how good Newton actually is? but def. won’t be worse, and an easier schedule. 9 wins almost seems like a floor for this team. Thoughts?
I would agree with that.

@Evan_Philly
When all is said and done, what are the chances Cam is our guy under center this season?
Better than the chances that he’s not.

@thisryanjackson
sup?
A little stressed. Kyed baby No. 2 is coming any day now (the due date is March 27). So, this will probably be my last mailbag until April 16. Fear not, my colleague Zack Cox will be taking over the mantle for two weeks.

@BookJailer
Who is the starting QB in week 1?
I would still guess Newton.

@KlutchLeBron
Bill is letting Stidham run these camps out in Cali. Bill is not drafting a QB. Stidham is taking over as starter in Year 4 like Aaron Rodgers did.
Bill Belichick doesn’t have any say in what players are doing right now.

@ejlinehan
Everyone is focused on the Patriots chances to trade up and grab one of top 5 QBs in the upcoming draft. Yes that?s preferred, but if they can?t find a partner, who are some QBs they could draft starting in the second round? Is there potentially another Jimmy G in this group?
Texas A&M’s Kellen Mond is the most intriguing option.

Otherwise, Florida’s Kyle Trask and Stanford’s Davis Mills could be in that mix, as well.

@Krithik_Senthil
I just wanted to say nice mock draft
Thanks!

@Francisk54
Are the pats gonna restructure Hightower?s contract
I doubt it.

@KingAbrahamCFC
You mentioned us being in the Running Back market. Could you see us trading down in the draft and picking Najee in the 20s?
No, I think that need got settled when the Patriots signed James White.

@melinboston
Would you prefer to trade or keep Harry? Does he have a chance to make a jump this year since he didn?t have a real off-season last year?
Trade. I don’t see a direct path for many targets in the offense. 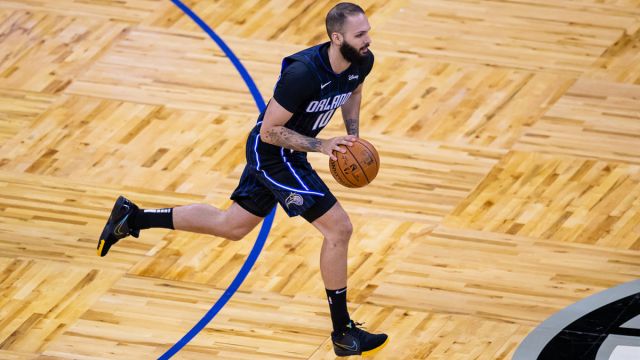 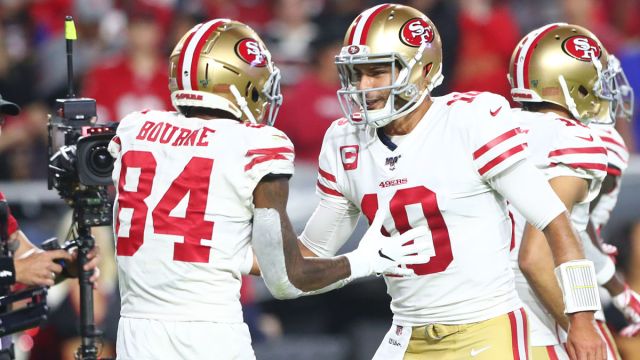