The Boston Bruins took a 3-1 lead in their first-round Stanley Cup playoff series with a 4-1 Game 4 win over the Washington Capitals on Friday night.

— The officials got the ruling on the Dmitry Orlov hit wrong. What the right call was, obviously, is up for debate. Two minutes was not enough, though.

However, the thought here is that it wasn’t a malicious play from Orlov. What Andy Brickley said in the moment on the NESN broadcast was exactly right: Orlov didn’t have the angle.

Orlov was skating the other way when Miller made his move, so he was going to the left and Miller the right. Where the Caps defenseman made his mistake was trying to go for the hit. Orlov seemed like he was attempting to stop on a dime, then lurch forward to take the body, which is an incredibly difficult maneuver to make at full speed. No wonder he ended up in the air and connecting with Miller on an ugly hit.

So, was what Orlov doing dirty? Not intentionally. Was it stupid? Absolutely.

— As for what happens now with the Bruins’ defense, it depends on how Miller is feeling. Should he be cleared for Sunday’s Game 5, he will be in the lineup.

If not, the Bruins are probably looking at Jakub Zboril, Jeremy Lauzon, Steven Kampfer or Jarred Tinordi.

From a pure depth-chart standpoint, Lauzon probably is up next, however he probably didn’t buy himself much good favor by getting sucked into a bad cross-checking penalty in Game 1. He also hurt himself in Game 1, so it’s unclear if he’s even fully healthy.

Zboril has had a decent season, but going with a veteran in a clinching game seems wiser.

That would leave Kampfer or Tinordi. Kampfer has been the perfect seventh defenseman for the Bruins, and plays with a level head. That could be important in not only a defensive partner for Connor Clifton, but also in a game that could unravel quickly if the Capitals fall behind.

Which brings us to the theory that maybe Tinordi is the best option. We have not been of the mindset that the Bruins should try to play the Capitals’ hit-first type of game, but things got a little messy in Game 4, and Washington took more liberties that earlier in the series. Tinordi’s game is most akin to Miller’s and he might not be the worst guy to have if Cassidy only is going to play that last defenseman 10 minutes.

There’s upside to any option. Kampfer or Tinordi seems like the best call.

— The Bruins’ penalty kill has been fantastic.

For as much as the Capitals’ typically potent power play is being chastised, the Bruins’ PK units deserve to be recognized.

Boston’s effort with Charlie Coyle in the penalty box just under six minutes into the game was a masterclass.

Jake DeBrusk, who has been on another level lately, sprawled out all over the ice to take up shooting lanes after losing his stick. He then went and quickly retrieved it before getting back into position. Seconds later, with a puck loosely making its way to the half wall where Alex Ovechkin was waiting, Chris Wagner dove and smacked the puck out of the defensive zone.

Boston’s had some great penalty killers over recent years that have since departed: Joakim Nordstrom, Noel Acciari, Par Lindholm among them. But those getting used now, like DeBrusk and Curtis Lazar, have been up to the task and are playing a huge role in the series.

— Something interesting in the Sam Bennett “31 Thoughts: The Podcast” interview last weekend that is applicable to the Bruins-Capitals series.

The Florida Panthers center was asked if during a playoff series you can tell when the other team, which is nearing elimination, has given up. Bennett basically said you could. You could tell by how they got back on pucks or how they were carrying themselves.

They’re a team that was hanging on by a thread. They lost their starting goalie minutes into the series and a number of noteworthy players — T.J. Oshie, Ovechkin and Nick Backstrom among them — all have been dealing with injuries they might not be fully healed from.

Game 4 was the first time they had a fully healthy roster (minus Vitek Vanecek), and they got waxed. There were a lot of long pauses and sighs in their postgame press conferences. They were taking dumb penalties during the game.

The Capitals remain hopeful that they can climb out of it. It’s possible they can. But it seems more possible that if the Bruins get off to a hot start in Game 5, the series will be over in short order.

— Game 5 of Bruins-Capitals will be Sunday on NESN at 7 p.m. ET. Pregame coverage begins on NESN at 6. 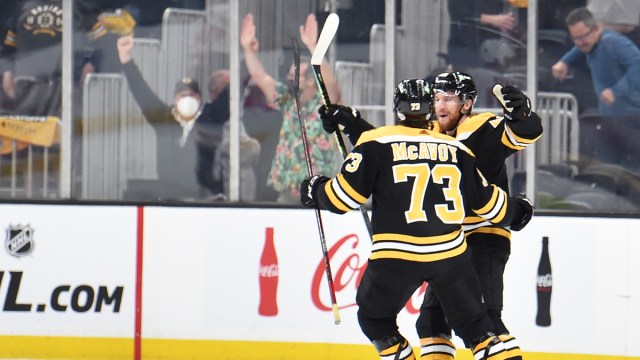 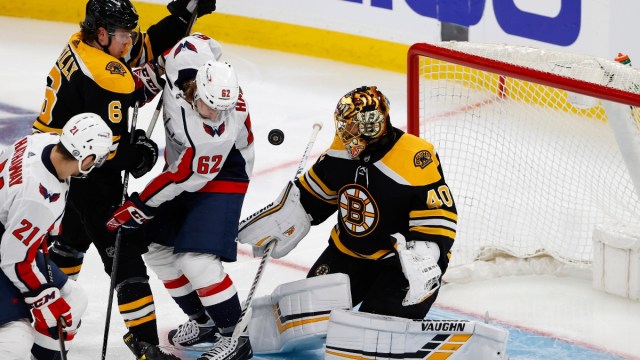