The Boston Red Sox are the first team in Major League Baseball to amass 20 wins this season.

The Red Sox took down the Baltimore Orioles 6-2 at Camden Yards on Friday night in their first of a four-game set.

Eduardo Rodriguez moved to 5-0 after a performance that featured seven hits and two strikeouts, while Boston’s bottom of the order produced runs.

GAME IN A WORD
Win.

This one is self-explanatory. Rodriguez picked up his fifth win, while the Red Sox notched their 20th.

ON THE BUMP
— Rodriguez pitched four scoreless innings before giving up the O’s first run in the fifth.

Cedric Mullins doubled before Austin Hays walked to put two men out with one out. Trey Mancini singled in Mullins to make it 4-1.

Rodriguez got out of the inning without any further damage with a Pedro Severino strikeout and Maikel Franco ground out.

The southpaw’s night was done after five innings, seven hits, one earned run and two strikeouts.

— Hirokazu Sawamura came on in the sixth and immediately gave up a solo home run to Ryan Mountcastle to cut into Boston’s lead, 4-2.

He settled down by retiring the next three batters he faced.

— The seventh belonged to Garrett Whitlock. He worked around a one-out single to keep Baltimore within two runs.

The right-hander returned for the eighth and gave up back-to-back two-out singles, but was able to get D.J. Stewart to pop out to end the threat.

— Phillips Valdez closed out the game in the ninth with two strikeouts.

IN THE BATTER’S BOX
— An error turned costly for the Orioles when Rafael Devers reached second and stole third for the first time since 2018. Hunter Renfroe drove him home with a single to make it 1-0 in the fourth.

— Franchy Cordero drew a walk before Bobby Dalbec added some extra run support for Rodriguez when he took a hanging curveball right down the heart of the plate and sent it into the stands for the 4-0 Red Sox lead.

— Boston added a run in the eighth when Devers reached first on a groundout and later scored on a Christian Vázquez double to go up 5-2.

— Marwin Gonzalez roped a double off the right field wall to score Dalbec from first to open up a four-run lead once again before winning by a score of 6-2.

— Dalbec was the lone member of the Red Sox amass multiple hits with two.

UP NEXT
The Red Sox and Orioles are back at it Saturday night. First pitch from Camden Yards is set for 7:05 p.m. ET. 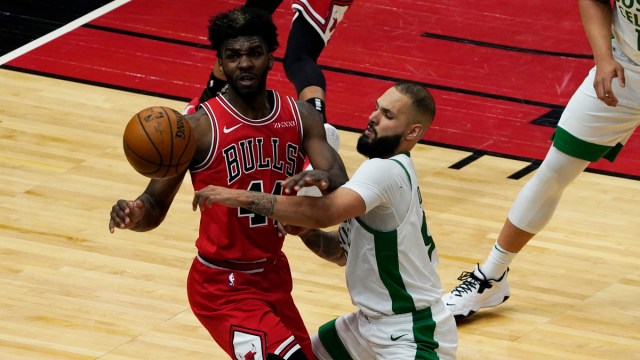 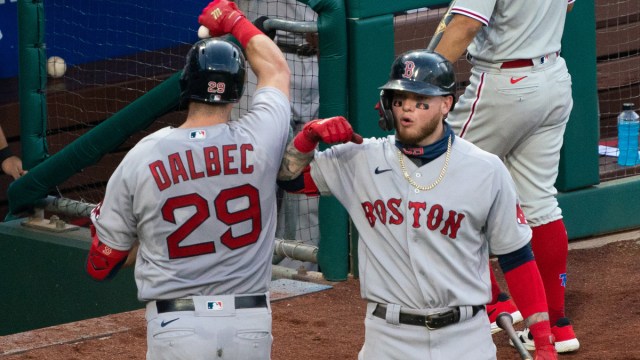