And on the broadcast of the third game of the series, the ESPN color commentator had a few admissions about his role in the storied rivalry.

These days, while Rodriguez is in the booth calling games and working in media, Varitek is on a manager track, having an impact with Boston as its game-planning coordinator. Naturally, discussion flowed to the fateful incident.

As it turns out, Rodriguez and Varitek have yet to speak since exchanging some choice words (we imagine) during that fight. But the way the broadcaster made it seem, there’s no bad blood between him and Varitek. At least, not publicly on Rodriguez’s end.

“I have so much respect for Jason Varitek,” Rodriguez said on the broadcast, later calling manager Alex Cora the best in Major League Baseball and Xander Bogaerts one of the league’s best ambassadors.

We’re here for all of these little details and compliments from the former Yankee. 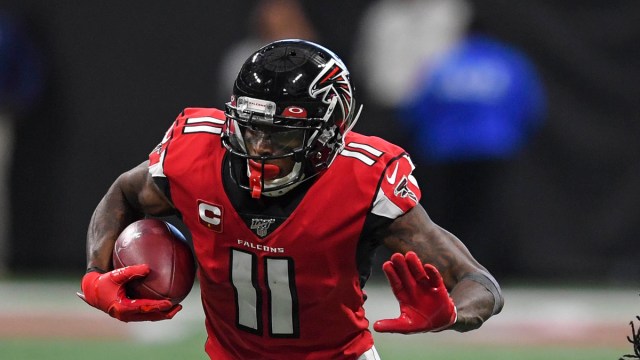 What Titans Trade For Julio Jones Means For Patriots, Rest Of AFC