Red Sox pitcher Nick Pivetta found some positives in Boston’s 5-3 loss to the Kansas City Royals on Friday night noting how he thought his performance was better than the final result.

Pivetta scattered six hits in five innings of work while allowing three runs on one three-run homer in the third inning.

“Three-run home run basically was the difference for me personally. Just one pitch,” Pivetta said on a video conference after being handed his third loss of the season. “Thought I did a really good job for the most part. Had good feeling for the ball. Battled those guys. Did the best job I could.”

Pivetta certainly did have to battle, perhaps best depicted as the Red Sox did not retire the side in order during any inning. He stranded runners at first and second in the first and fifth innings and a runner at first in the second and fourth.

“Yeah, I think 100 percent it was much better than the result,” Pivetta said. “Like I said, it was just one three-run homer, put a good swing on it. … At the end of the day just got to keep moving forward.”

Red Sox manager Alex Cora acknowledged how Pivetta had a good complement of pitches working with a breaking ball, slider and fastball, as well.

— Cora was a bit perplexed with how the game wrapped up. It seemed Cora thought that in large part because of Boston’s offensive struggles. The Sox recorded 11 hits, but left eight runners on base.

“… It just was kind of like a weird game, right?,” Cora said on a postgame video conference. “We had a lot of traffic out there and I don’t know it just felt off. For a 5-3 game, it just didn’t feel right in a sense. We kept putting good at bats, but then we’d chase pitches. I don’t know. It sucks that we lost the game.”

Boston was 2-for-9 with runners in scoring position.

“It’s just more about what we did offensively and what we didn’t do,” Cora continued. “There were some good at bats that we felt like were game-changers and we didn’t finish it. It just happens, you know? We got to turn the page and we got to show up tomorrow and win the game so we got a chance to win the series.”

— Christian Arroyo made a costly baserunning mistake in the third inning while on third base.

Arroyo hesitated to run home on a J.D. Martinez hit to third, and the Royals were able to turn a double play first getting Alex Verdugo at second base before a throw home got Arroyo at the plate, as well.

Cora talked about the thought process after the game. He noted with Arroyo hesitating he would have recommended he just get back to the bag and let the Red Sox to take their chances with two outs and a runner on third.

“It’s one of those, we talk about it, we’ll talk about it,” Cora said. “It was a big play at the moment, right? But the thought process is to go, but he hesitated.”

Arroyo said he wished he would have stayed at third, too.

— Rafael Devers hit a solo home run in the eighth inning and with that he re-gained the MLB lead in extra-base hits (38) and moved into a tie with Toronto Blue Jays slugger Vlad Guerrero Jr. for the lead in RBIs (56), per Red Sox Notes.

— Jarren Duran continued to impressed down in Triple-A Worcester.

The Red Sox prospect hit home run No. 11 this season with a 400-foot, opposite field blast.

— Chris Sale took another step in the right direction Friday while throwing a 40-pitch bullpen at Triple-A Worcester.

“Where I was a few months ago, this means the world to me,” Sale told reporters, per the Telegram & Gazette?s Ashley Green.

— The Red Sox will return to the diamond as they face Kansas City in the second game of a three-game set Saturday. First pitch is scheduled for 4:10 p.m. ET, and you can watch it on NESN. 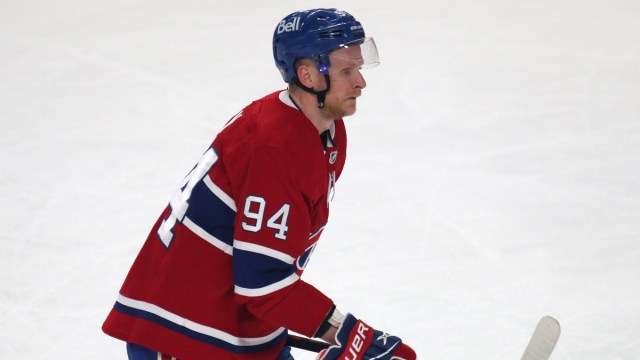 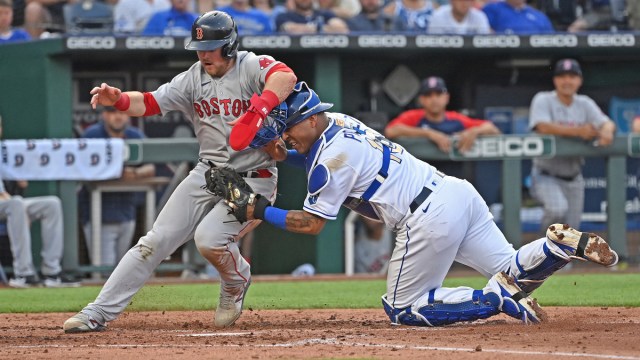