The Red Sox entered their weekend series against the Rays with a 1 1/2-game lead over Tampa Bay for first place in the American League East.

Martín Pérez got the start for the first of three games in St. Petersburg, and his disappointing outing — which saw six runs come across on seven hits — marred Boston’s chances at a comeback, even as the bats started to come alive in the middle innings.

Every Red Sox hitter except for Alex Verdugo and J.D. Martinez recorded at least one hit, but they couldn’t overcome a monster effort from the Rays that saw three home runs, two doubles and a triple.

Here’s how it all went down on Friday at Tropicana Field.

GAME IN A WORD
Unattainable.

The Red Sox matched the Rays’ run total in the fourth and fifth innings and both teams were scoreless after that, but Pérez’s start just put the whole thing out of reach too soon fo the visitors.

ON THE BUMP
— Life came at Pérez fast. The first two Rays batters grounded out, but Austin Meadows walked and Yandy Díaz homered on the first pitch he faced to give Tampa Bay an early 2-0 lead.

— The Rays doubled the lead in the third when Wander Franco knocked in two runs with a double.

— As soon as Boston’s offense showed some signs of life by scoring two runs in the fourth, the Rays got right back at them. Mike Zunino and Randy Arozarena both hit solo shots off of cutters from Pérez to put Tampa Bay up 6-2. That prompted Pérez’s day to end, and he finished with six runs on seven hits with three strikeouts and a walk through four innings.

— Yacksel Ríos didn’t stop the bleeding. After giving up a triple to Franco, he allowed him to come around and score on a wild pitch, making it 7-3 Rays. Ríos fared better in the sixth inning, when he struck out Ji-Man Choi then had defense behind him to send the Rays down in order. Ríos finished with one run allowed on one hit with two strikeouts and a walk over two innings.

— Hirokazu Sawamura made his return from the injured list to fill in on the hill in the seventh. He gave up one hit with a pair of walks and a strikeout in his first outing since July 19.

— Josh Taylor finished by allowing one hit in a scoreless eighth.

IN THE BATTER’S BOX
— Things looked promising in the first inning as lead-off hitter Kiké Hernández got aboard on a single. But a pair of strikeouts from Verdugo and Xander Bogaerts paved the way for an inning-ending flyout from Martinez. With Tampa Bay up 2-0 by the time they came around again, the Sox went down in order.

— Jonathan Araúz’s return to the big leagues got off to a good start. He singled in the third, but the other three Red Sox batters struck out to end any chance of a threat.

— One run came around in the fourth when Christian Vázquez singled in Bogaerts. Vázquez got caught in a run-down while attempting to make it a double and was tagged out on his way to second, but the run got home to make it 4-1. That hit moved Hunter Renfroe to third, and he promptly scored on a Bobby Dalbec single to make it 4-2 Tampa Bay. A decent comeback was mounting before a big fourth for the Rays.

— After scoring a run of his own, Renfroe got in on the RBI fun by bringing home Bogaerts with another double in the fifth, cutting the Rays’ lead in half to 6-3. But the Rays went up by one in the bottom half.

— A two-out rally was in the works in the sixth when Araúz singled and advanced on a passed ball, then Hernández walked. But it went nowhere, as did a 1-2-3 seventh inning. Vázquez had a lead-off single in the eighth but strikeouts from Dalbec and Jarren Duran, followed by a groundout from Araúz, ended the threat.

— The Red Sox went down in order in the ninth.

UP NEXT
The series continues Saturday in St. Petersburg. First pitch is scheduled for 6:10 p.m. ET on NESN. Nathan Eovaldi is set to start for Boston opposite Tampa Bay southpaw Ryan Yarbrough. 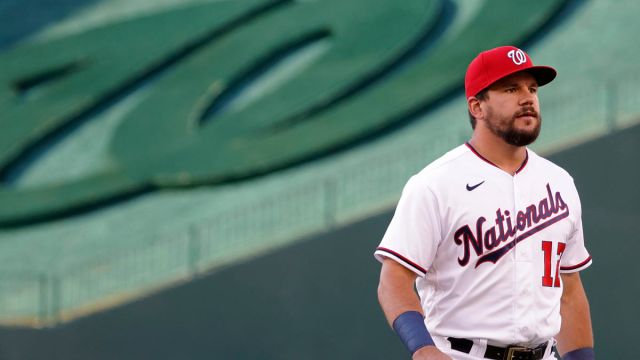 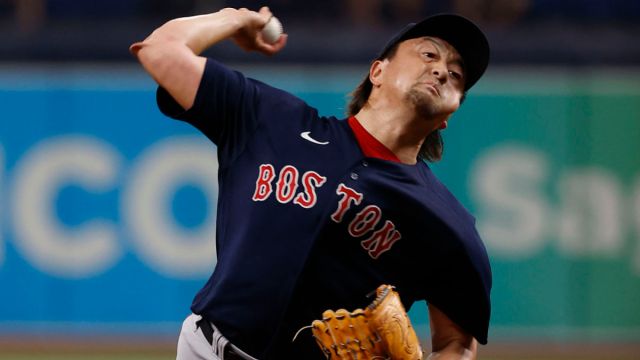