Richard Sherman joined Tom Brady and the Tampa Bay Buccaneers in their pursuit to defend their crown earlier this week, just in time to help the signal-caller against his former team.

The Buccaneers will travel to New England to face the Patriots on “Sunday Night Football,” and Tampa Bay defensive coordinator Todd Bowles left the door open when asked if Sherman could play.

“It’s still early. We’ve still got a lot of injuries to go over and everything else like that. But he’s practicing and we’re letting him learn some things, so in case he has to, he can go out there and function at a high level and do the right things,” Bowles said, per a team-provided transcript.

Bowles did make it seem that Sherman, who played just five games for the San Francisco 49ers in 2020, has some work to do physically. The former All-Pro tore his Achilles, but reportedly dropped 15 pounds this offseason.

“(He’s) smart. I’m still observing him. He’s got to get into football shape, obviously. But I’ve watched him play for a long time — he’s still smart, savvy and understands the ballgame,” Bowles said. “He’s just got to get his legs under him.”

Sherman went unsigned into the regular season after dealing with an off-the-field incident in which he was arrested on five misdemeanor charges. It has since been reported he is going to therapy. 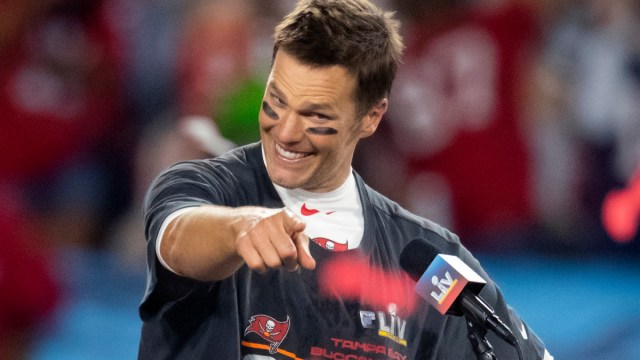